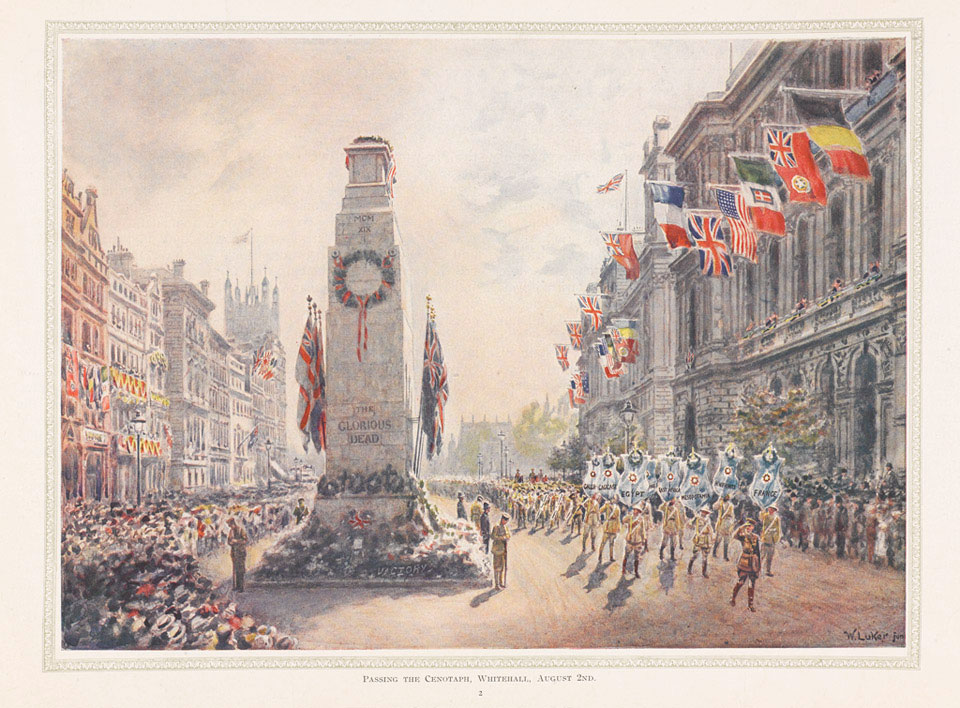 The Cenotaph in Whitehall, 1919

In Britain, peace was celebrated on 19 July 1919, with a Victory Parade in London as the main event. The architect Sir Edwin Lutyens designed a cenotaph - an 'empty tomb' to honour the dead - for the marching troops to salute as they passed along Whitehall.

The original wood and plaster cenotaph was unveiled on 18 July 1919. Almost immediately, there were requests for the memorial to be made permanent. Sir Edwin Lutyens made slight alterations to the design of the original, temporary structure, which was replaced with the war memorial in Portland stone in 1920. During the 1920s and 1930s, men often doffed their hats as the passed the Cenotaph, as a mark of respect for those who had lost their lives in the First World War.