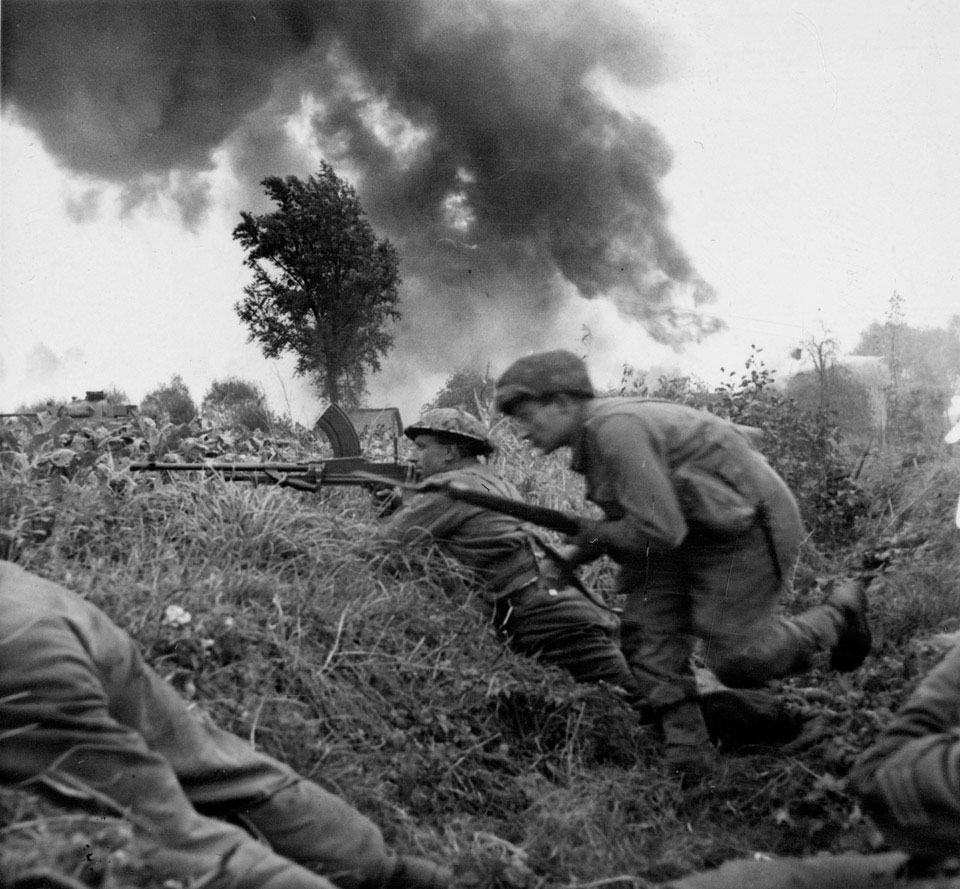 The 2nd Derbyshire Yeomanry was a reconnaissance unit equipped with armoured cars. It fought at the Battle of Alam el Halfa (1942) and the Second Battle of El Alamein (1942) with 7th Armoured Division, before returning to Britain the following year. It was then assigned to 51st (Highland) Infantry Division, where it served as the divisional reconnaissance regiment, taking part in the Battle of Normandy (1944), Battle of the Scheldt (1944), Battle of the Bulge (1945) and the Rhine Crossing (1945) before ending the war near Bremerhaven.

From a collection of 89 photographs.