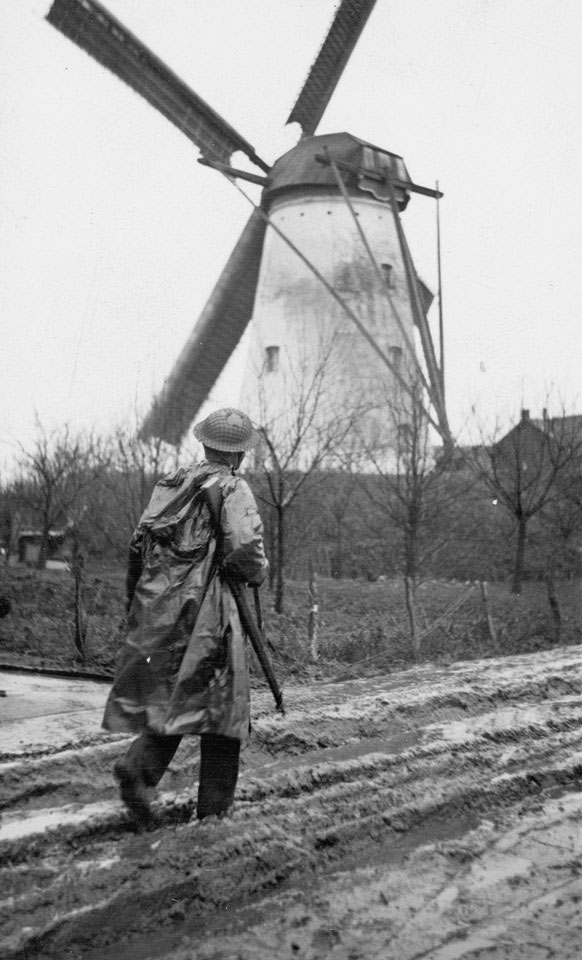 A member of 7th Battalion The Royal Welsh Fusiliers on patrol in the village of Neer, Netherlands, 9 December 1944

As well as the 7th Battalion, the 4th and 6th Battalions of the Royal Welsh Fusiliers also served during the campaign in North West Europe as part of the 53rd (Welsh) Division.