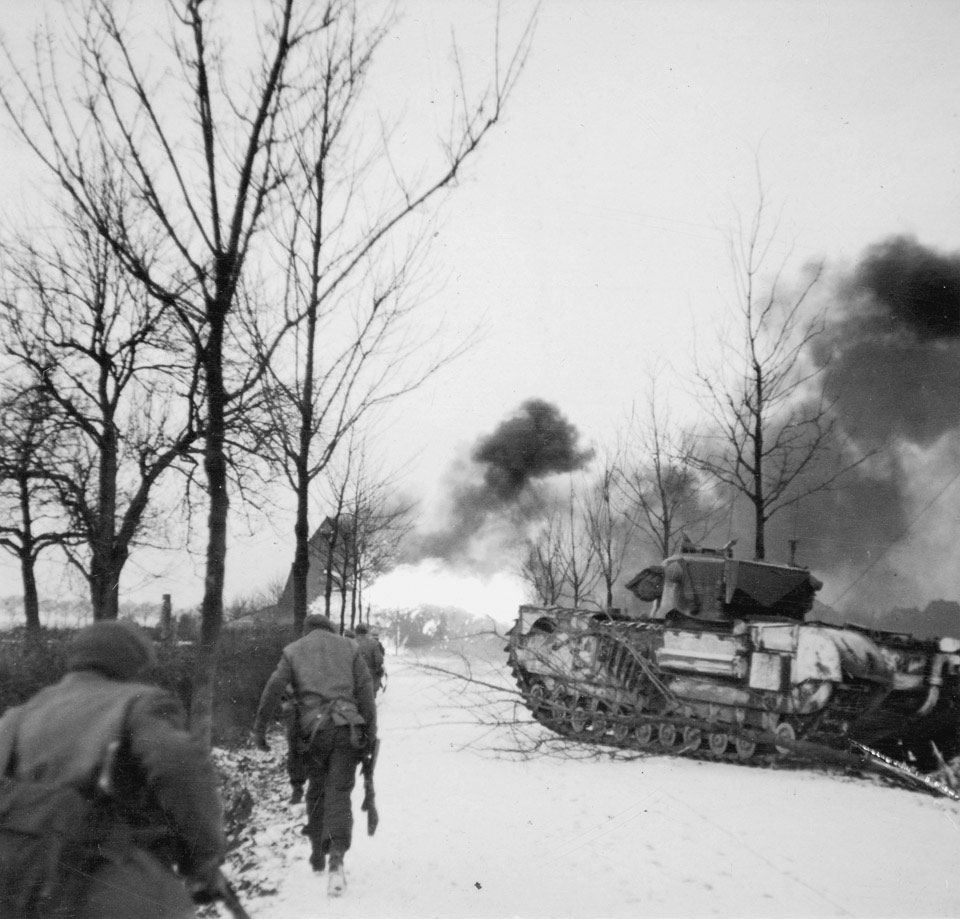 A Churchill Crocodile flame-thrower tank burns an enemy position during the liberation of the Dutch town of St. Joost. A modified Churchill infantry tank, the Crocodile carried flame fuel in a towed trailer. Its weapon had an effective range of around 100 yards. Crocodiles were usually employed in small detachments against strongly dug-in enemy infantry.