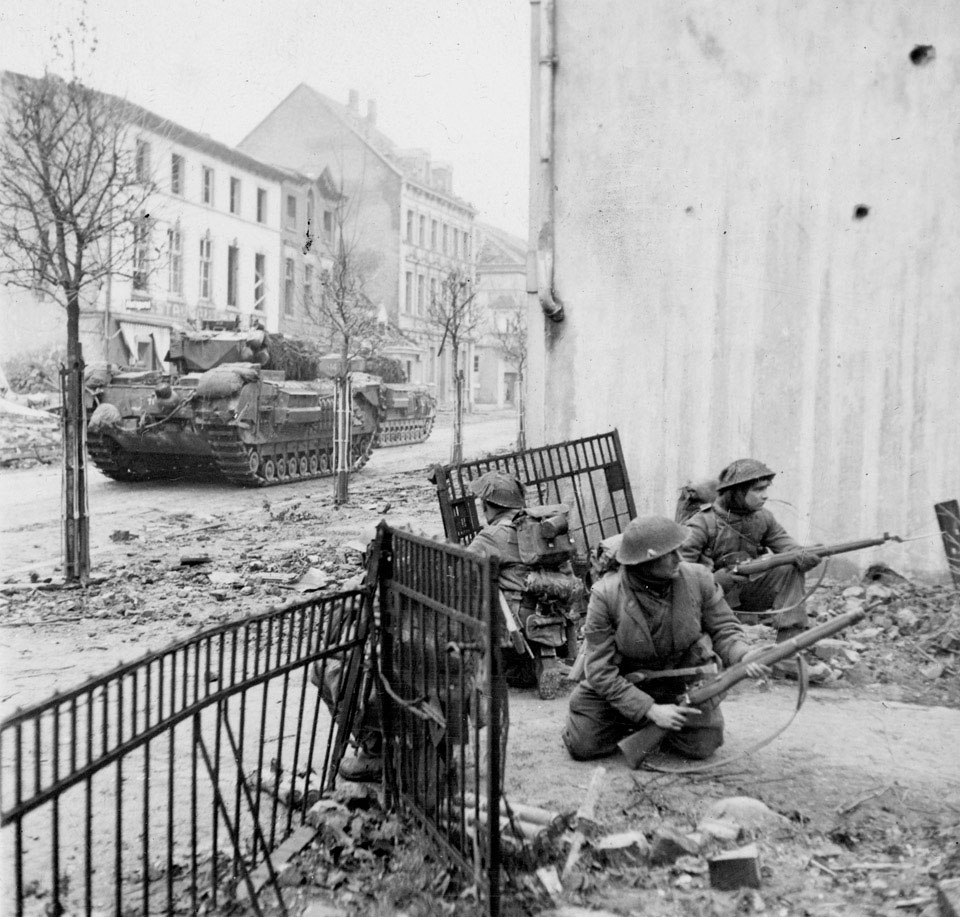 Men of 2nd Battalion, The Gordon Highlanders, supported by Churchill tanks of the 6th Guards Tank Brigade, fight their way into the town, which was situated near the Dutch border and the Rhine. It was taken during Operation VERITABLE, 21st Army Group's attempt to fight its way through the difficult terrain of the Reichswald forest.