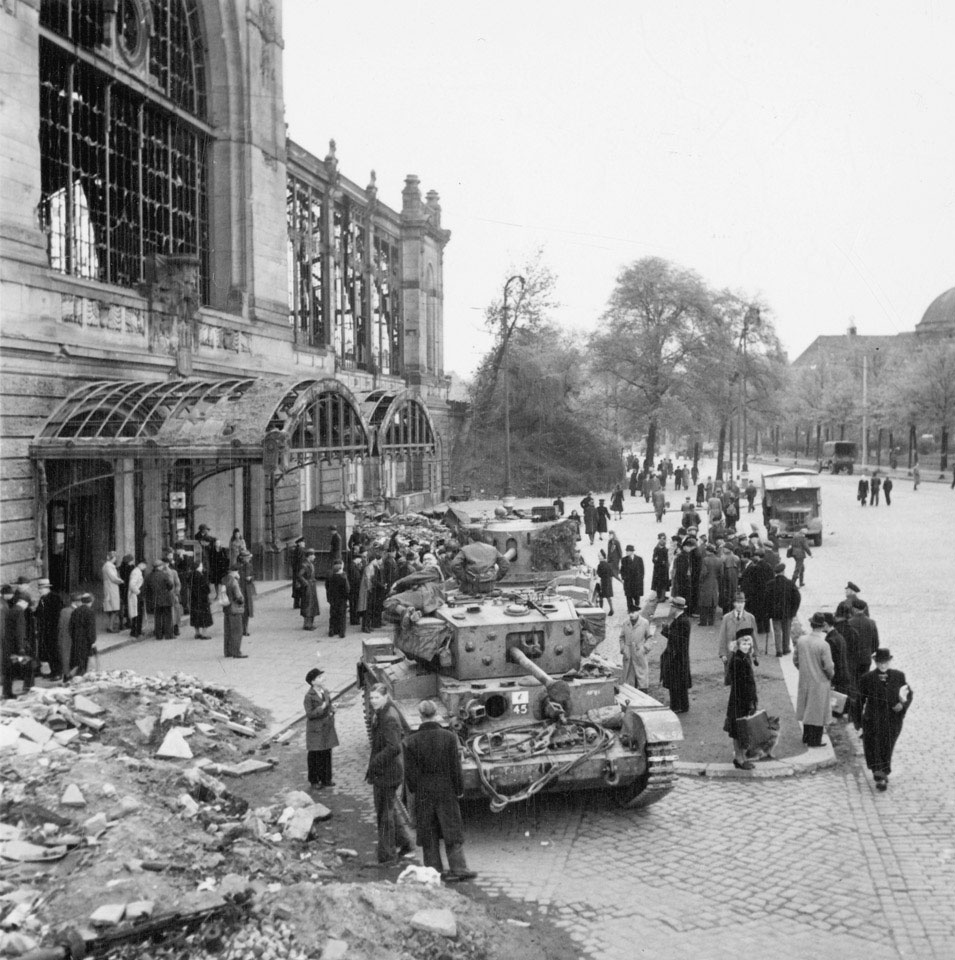 German civilians gather around British tanks in occupied Hamburg, 5 May 1945

Elements of General Sir Bernard Montgomery's 21st Army Group occupied Hamburg on 3 May 1945 after crossing the River Elbe. They then pushed on towards Denmark and the Baltic Sea, where they met the Red Army advancing from the east.