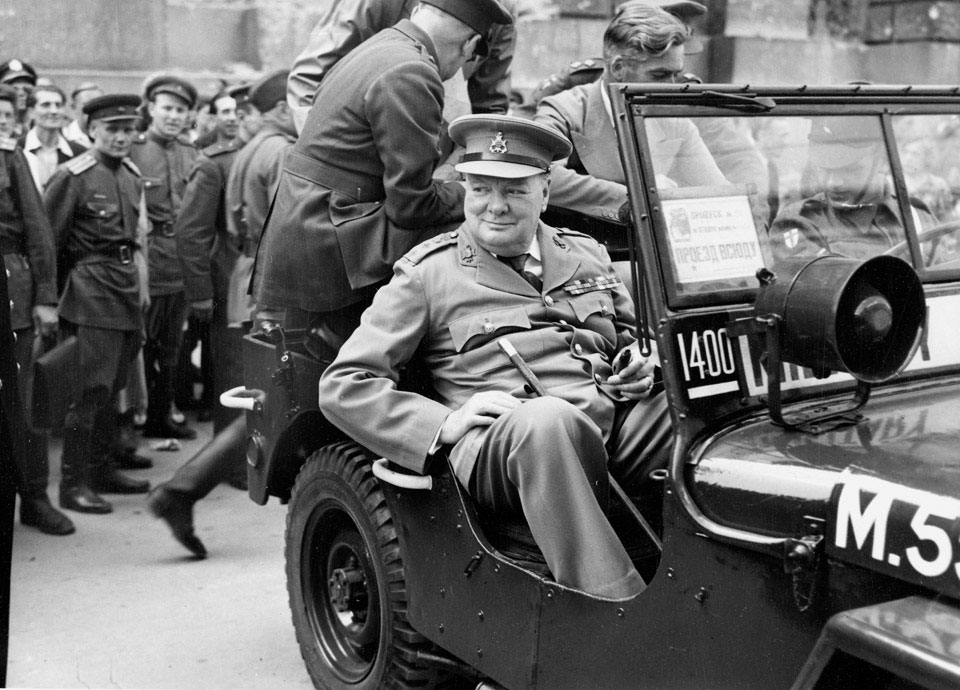 Winston Churchill visiting the ruins of the Reichstag in Berlin during the Potsdam Conference, 1945

Churchill led the British delegation for the 'Big Three' conference at Potsdam. The United States, Soviet Union and Britain met there between 17 July and 2 August 1945 to decide how occupied Germany should be administered and to establish the post-war international order. When Churchill arrived at Potsdam he was still Prime Minister, but when the results of the recent British General Election became known he was replaced as Prime Minister and leader of the British delegation by Clement Attlee.