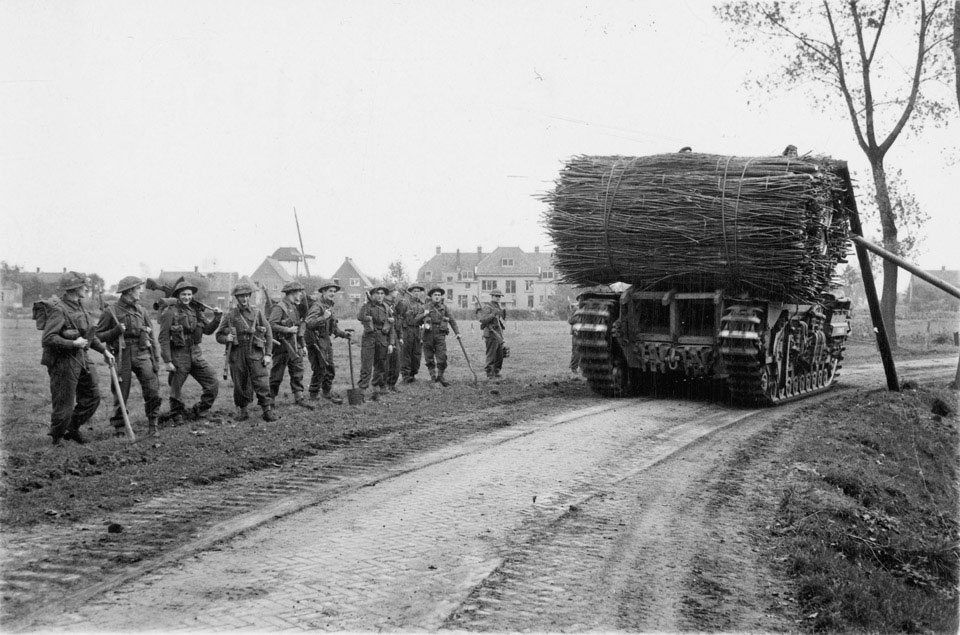 A Churchill Armoured Vehicle Royal Engineers (AVRE) with a large fascine on its hull, used for filling ditches and trenches.

Elements of 2nd Army entered the outskirts of the Dutch city of Hertogenbosch on 24 October. An important German stronghold on the western flank of the Allied salient in Holland, it was finally secured by the 53rd Welsh Division on 27 October.