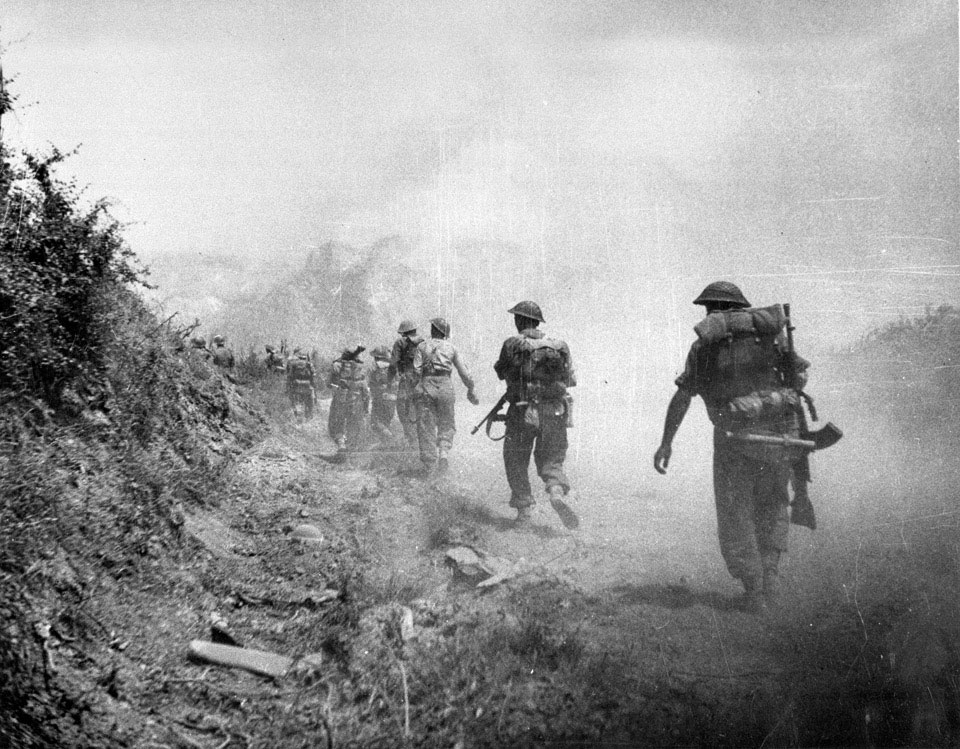 British troops moving through a smoke screen past Monastery Hill into Cassino, Italy, 1944

British soldiers advance under cover while artillery pounds the monastery at Monte Cassino, the anchor of the German defensive line. From 17 January until 19 May 1944, the Gustav Line defences were assaulted four times by Allied troops. These operations resulted in casualties of over 54,000 Allied and 20,000 German soldiers.