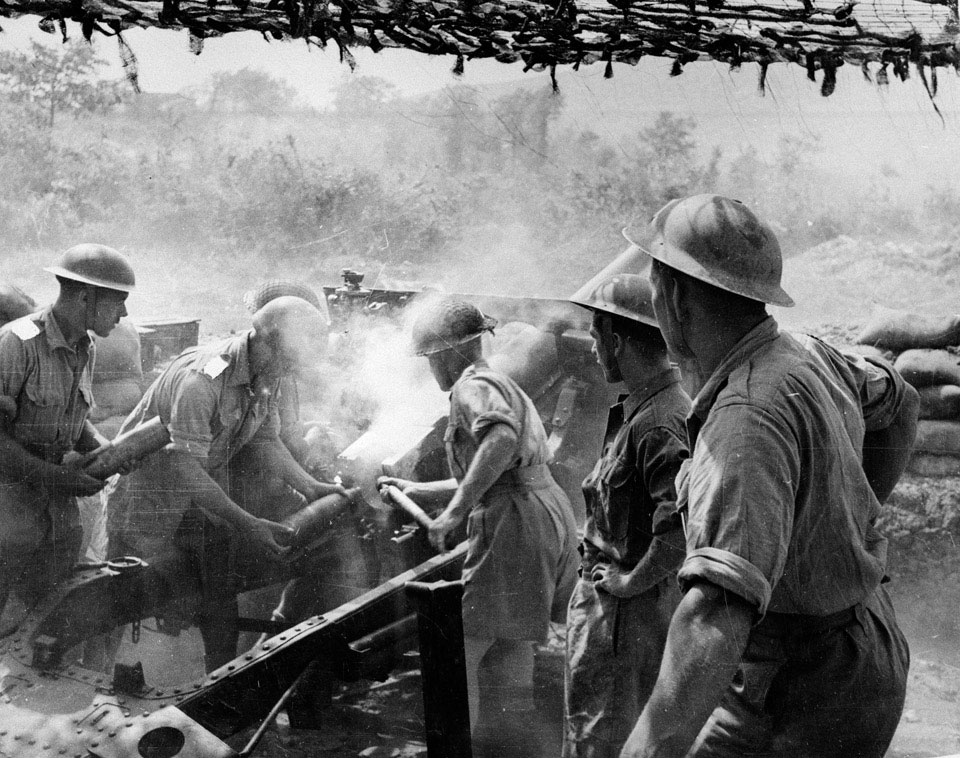 A 25-pounder gun in action on the Rapido Sector of the Cassino front, 1944

The 25-pounder was one of the finest artillery pieces of the Second World War. It could be used as a standard field gun with its high angle of fire or as an anti-tank gun. Although it did not fire as heavy a shell as the German 105 mm gun, it was easier to handle in action and had an excellent range. The 25-pounder was capable of firing a wide range of ammunition, including white and coloured smoke, flare and incendiary shells, as well the normal high explosive, shrapnel and armour piercing shells.