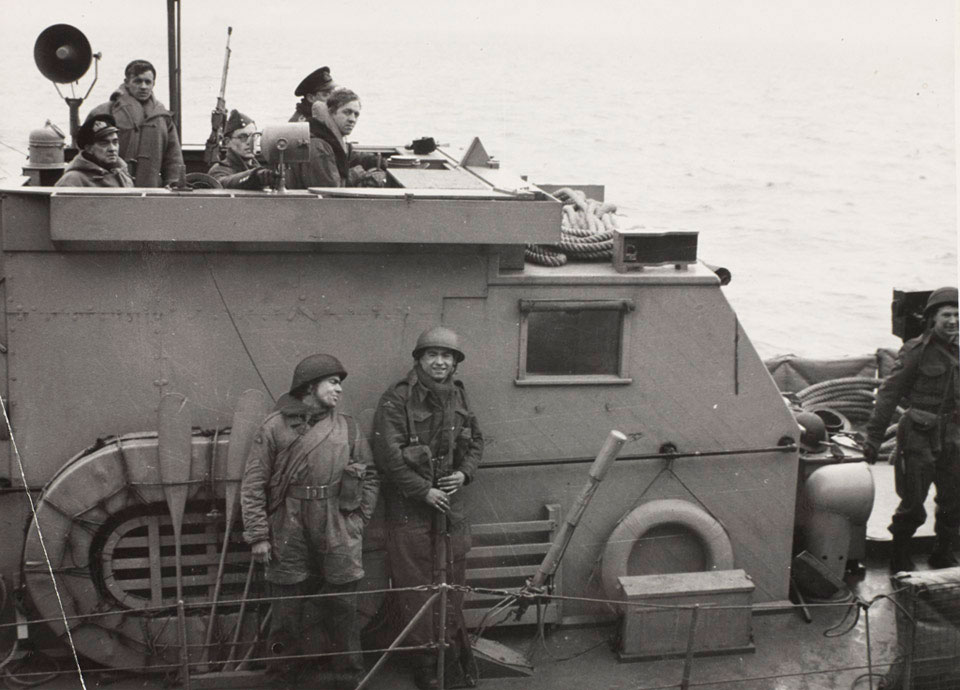 A motor launch bringing back some of the paratroops who attacked the radar post at Bruneval, February 1942

Impressed by the performance of Germany's paratroops in the first two years of the war, Prime Minister Winston Churchill called for the formation of a British equivalent and by late 1941 No. 2 Commando had been retrained as parachutists.

One of its first raids took place in February 1942 when parachutists captured the Bruneval radar station in northern France before being evacuated by sea. The equipment they brought back, along with a captured German radar technician, allowed British scientists to understand enemy advances in radar and to create countermeasures to defeat them. This greatly aided the Royal Air Force.