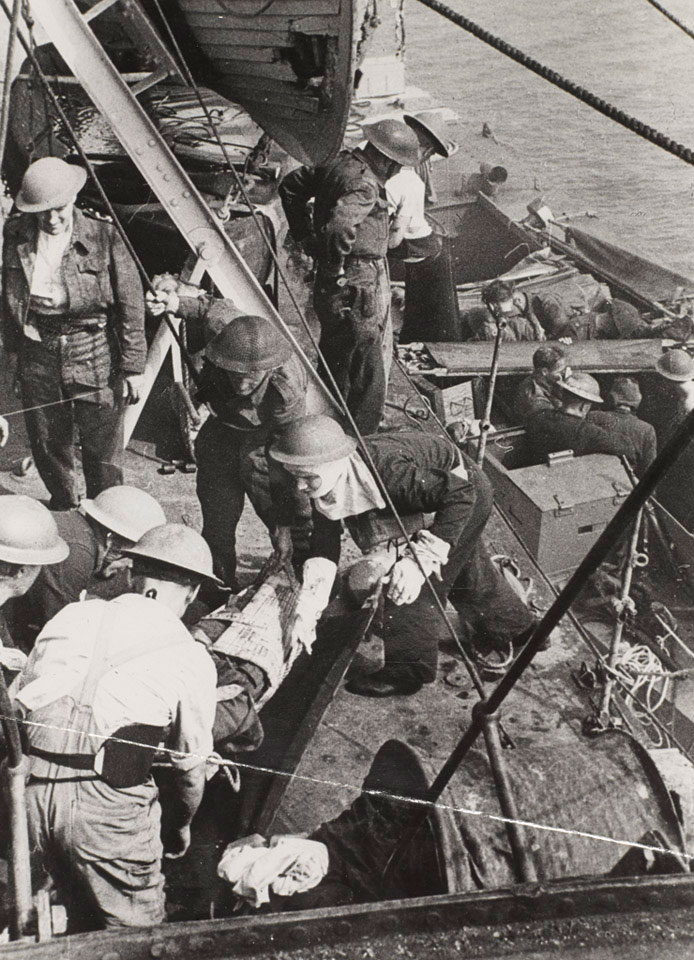 Wounded being brought on board a destroyer off Dieppe, August 1942

On 19 August 1942 a British force tested the defences of the port of Dieppe. Around 5,000 men of the Canadian 2nd Division were joined by 1,075 British Commandos, with naval and air support.

The attack was launched at dawn and covered a ten-mile front. The landing force was spotted early so the essential element of surprise was lost. Troops were also landed late or in the wrong place. Air reconnaissance had failed to locate guns hidden in the cliffs surrounding the port and these caused heavy losses.

The raiders got ashore, but received poor support and the German defenders were quick to recover. Insufficient beach reconnaissance meant that many tanks got stuck on the sand's steep gradient so couldn't advance. Within a few hours over 3,600 men were killed, wounded or captured. One destroyer and 33 landing craft were lost, with 550 seamen killed.

The raid made it clear that seizing a port would be extremely difficult. Adequate air bombardment prior to landing would be required in any future operations. A need for improved amphibious capabilities was also recognised. Although some useful information was gained from the raid, especially for the planning of D-Day, the operation was an expensive disaster in terms of casualties and equipment lost.