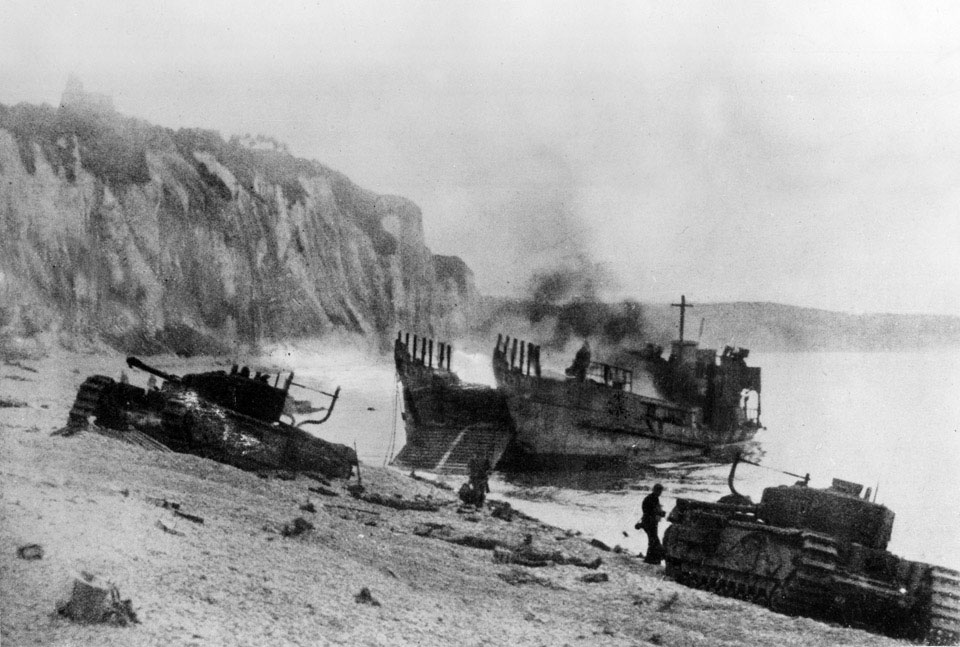 Operation JUBILEE was a test of the defences of the French port of Dieppe in August 1942. Around 5,000 men of the Canadian 2nd Division were joined by 1,075 British Commandos, with naval and air support. Unfortunately, the landing force was spotted early and the element of surprise was lost. Troops were also landed late or in the wrong place. Reconnaissance had failed to locate gun positions hidden in the cliffs surrounding the port and these caused heavy losses.

The raiders got ashore, but received poor support and the defenders quickly recovered. Within a few hours, 3,367 Canadian and over 300 British were killed, wounded or captured. One destroyer and 33 landing craft were lost, with 550 seamen killed. Although useful information was gained from the raid, especially for the planning of D-Day two years later, the operation was a disaster.