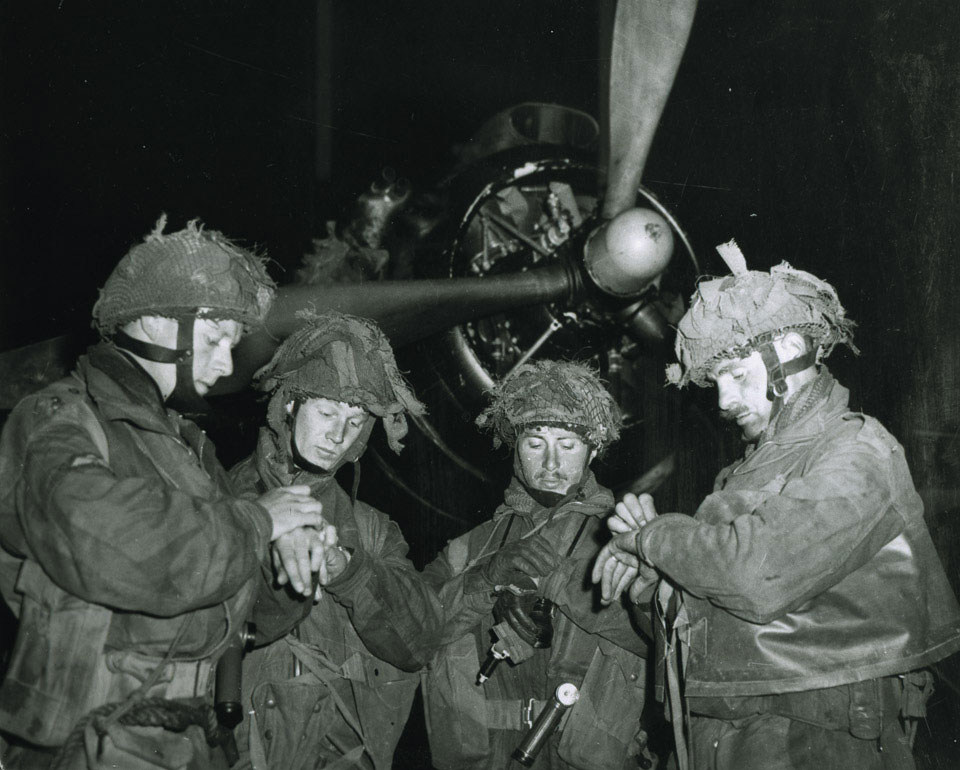 Pathfinders synchronising their watches in front of an Armstrong Whitworth Albemarle before flying into battle, 5 June 1944

Shortly after midnight on 6 June British glider-borne troops seized the vital 'Pegasus' Bridge across the Orne River, while others attacked a German battery at Merville, the guns of which covered Sword Beach. Subsequent drops allowed 6th Airborne Division to form a defensive line protecting the eastern flank of the invasion beachhead. The mobility of the German defenders was thus greatly reduced.