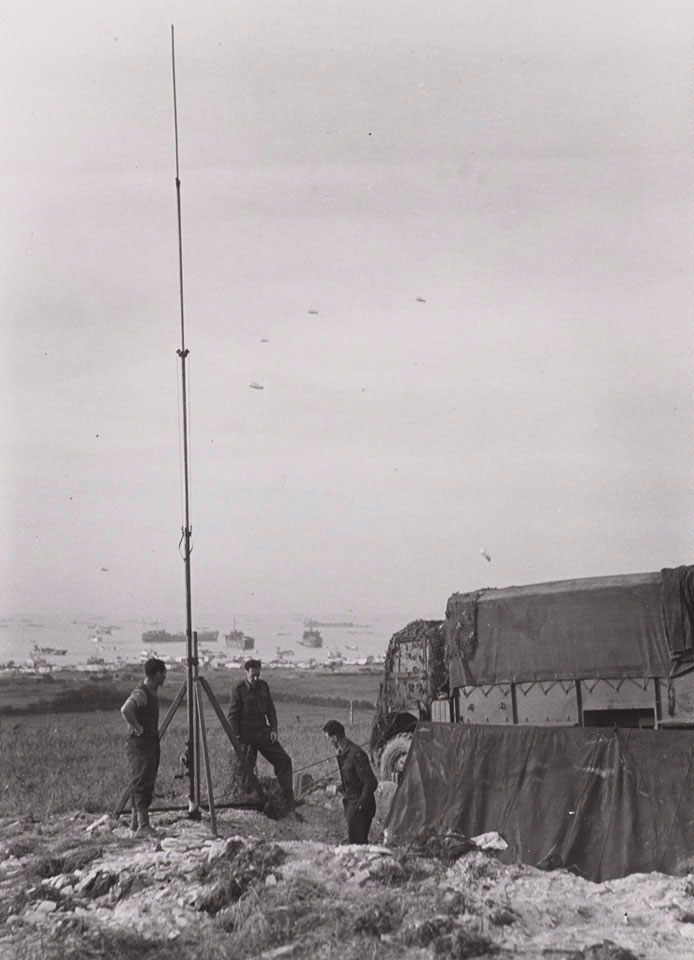 A signals unit erecting a radio mast on one of the Normandy beaches, June 1944

During the D-Day landings the Corps of Royal Signals not only operated signals equipment but also maintaining telephone lines and other communications infrastructure. Immediately before the landings signals troops helped create fake wireless traffic to represent troop movements in Kent, Surrey and Sussex in order to fool the Germans into thinking the invasion would be launched from there towards Calais rather than Normandy.