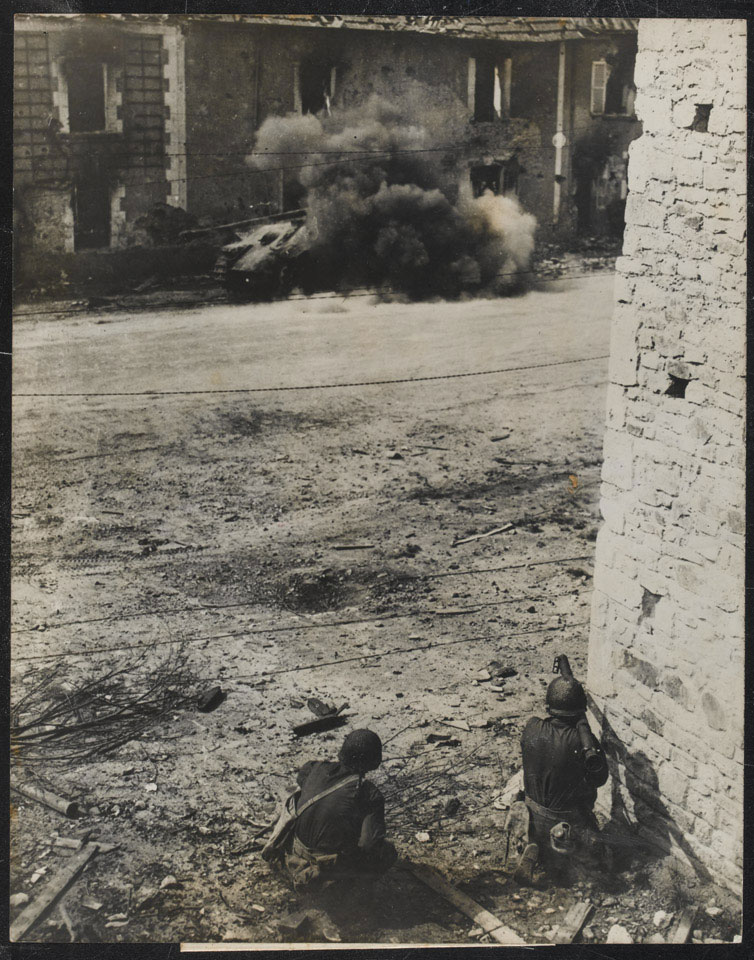 A German tank knocked out by an American Bazooka team, 10 August 1944

The American M9 bazooka was introduced in 1943. Despite firing a powerful 3.38 lb (1.53 kg) warhead it was not capable of penetrating the armour of the largest German heavy tanks, such as the Panther and Tiger. Bazooka teams were forced to aim at the less well-protected areas of these vehicles, such as the tracks, drive sprockets and rear engine compartment.