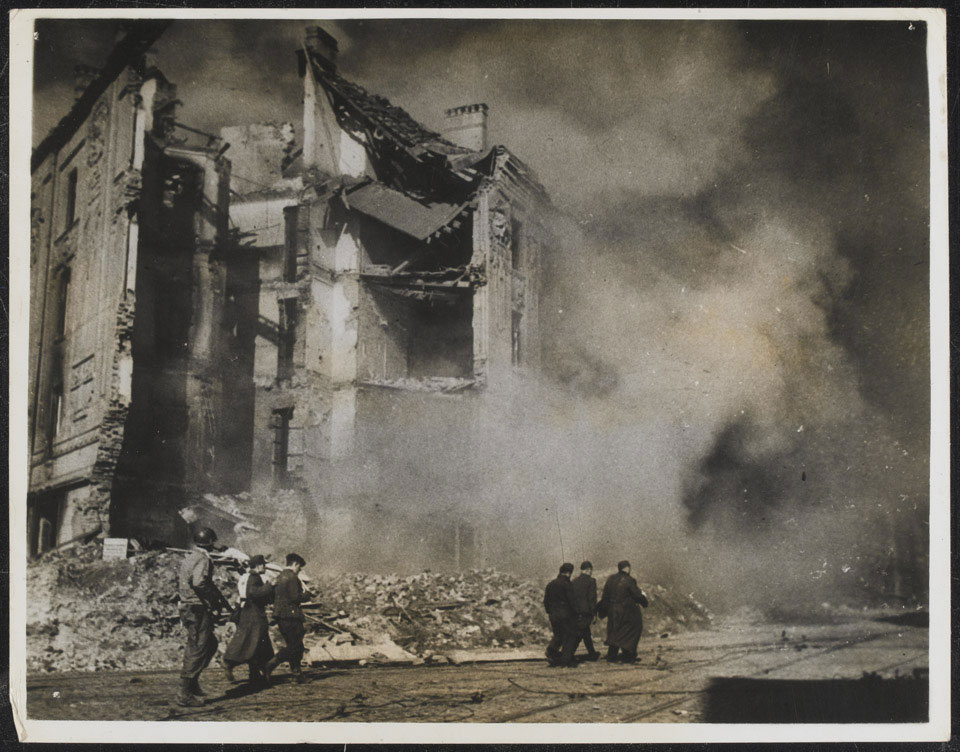 General Courtney Hodges's 1st US Army captured Aachen on 21 October 1944 after three weeks of bitter fighting. It was the first large German city to fall to the Allies as they fought their way through the Siegfried Line defences.