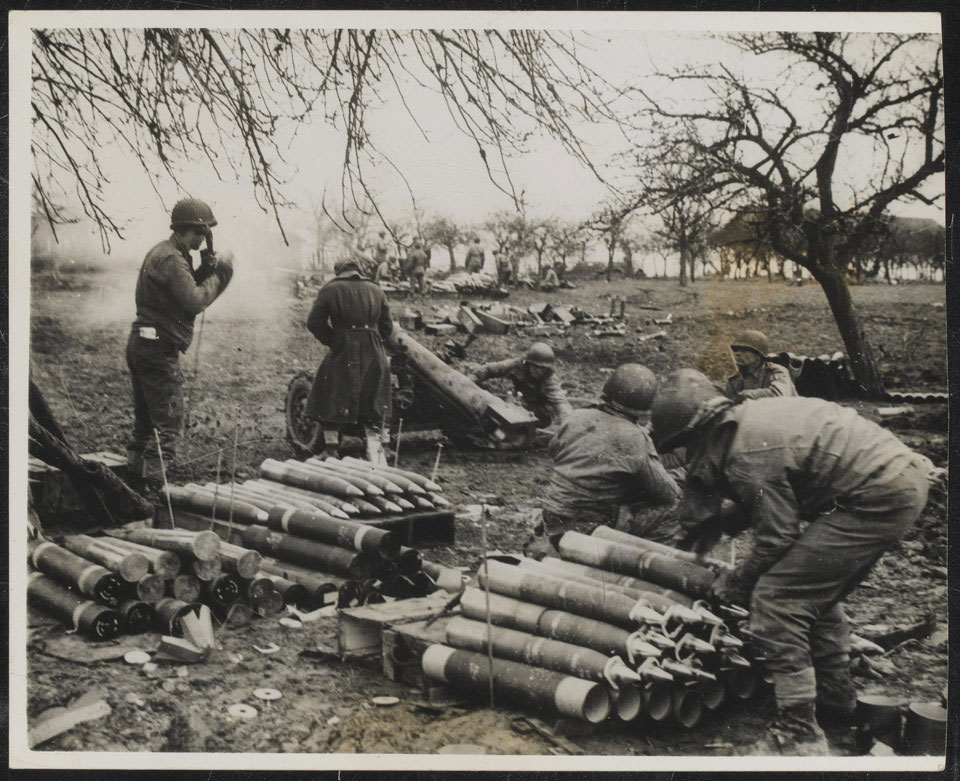 105 mm field guns firing at German positions across the Saar, on the 3rd US Army sector of the front, 1944

The 105 mm M2A1 (M101A1) howitzer was the standard American light field howitzer of the war. The US 3rd Army was commanded by Lieutenant General George Patton. His attack across the Saar River was underway when the Germans launched their Ardennes Offensive further north. Operations on the Saar were thus scaled down as the 3rd Army shifted troops north to counter the German attack.