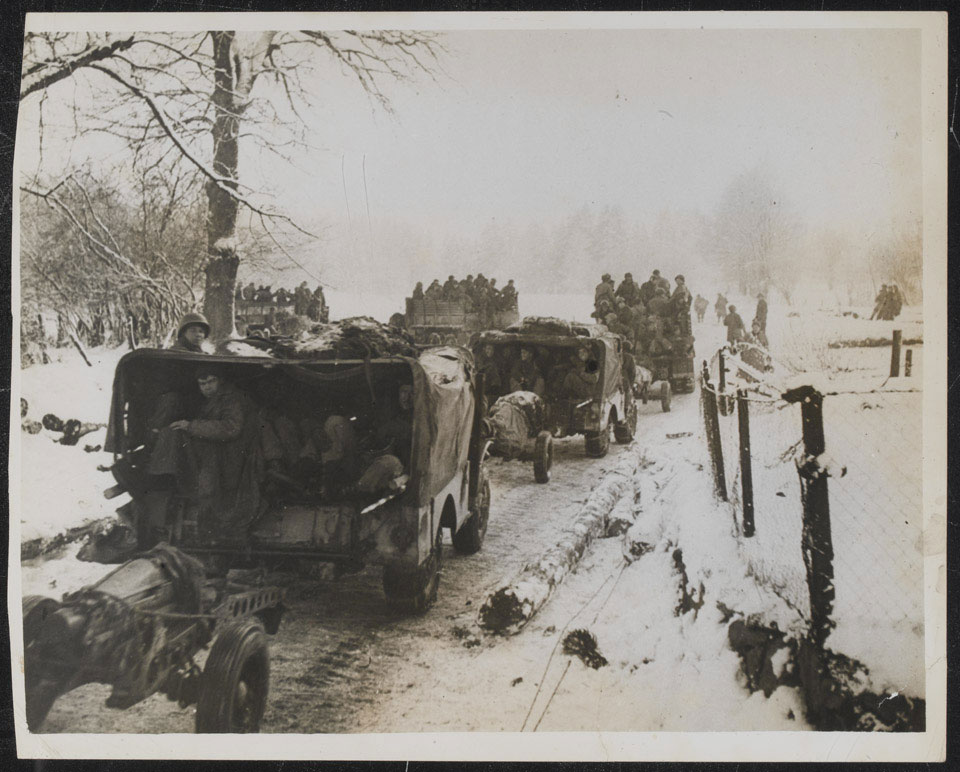 In December 1944 the Germans mounted a surprise attack in the Ardennes. They planned to cross the River Meuse, then sweep north to retake Brussels and the port of Antwerp, thus splitting the Allies. Their armoured columns' 50 mile advance created the salient that gave the engagement its nickname, 'the Battle of the Bulge'. Despite this the American forces resisted the onslaught and managed to bring it to a halt within days. The strategically important town of Bastogne, garrisoned by the US 101st Airborne Division, was completely surrounded but held out.

The US Third Army, advancing from the south, relieved Bastogne on 26 December. General Omar Bradley then launched a counter-attack from the south on 30 December and three days later General Montgomery attacked from the north, deploying the US 1st Army together with 30th Corps. Hitler ordered his generals to continue the attack, but the offensive was clearly over. Despite adverse weather conditions, the two forces steadily closed in on the only possible German escape route from the salient, meeting at Houffalize on 13 January 1945. Over 100,000 Germans were killed, wounded or captured and 800 tanks lost. Germany's last gamble in the west had ended in disaster.