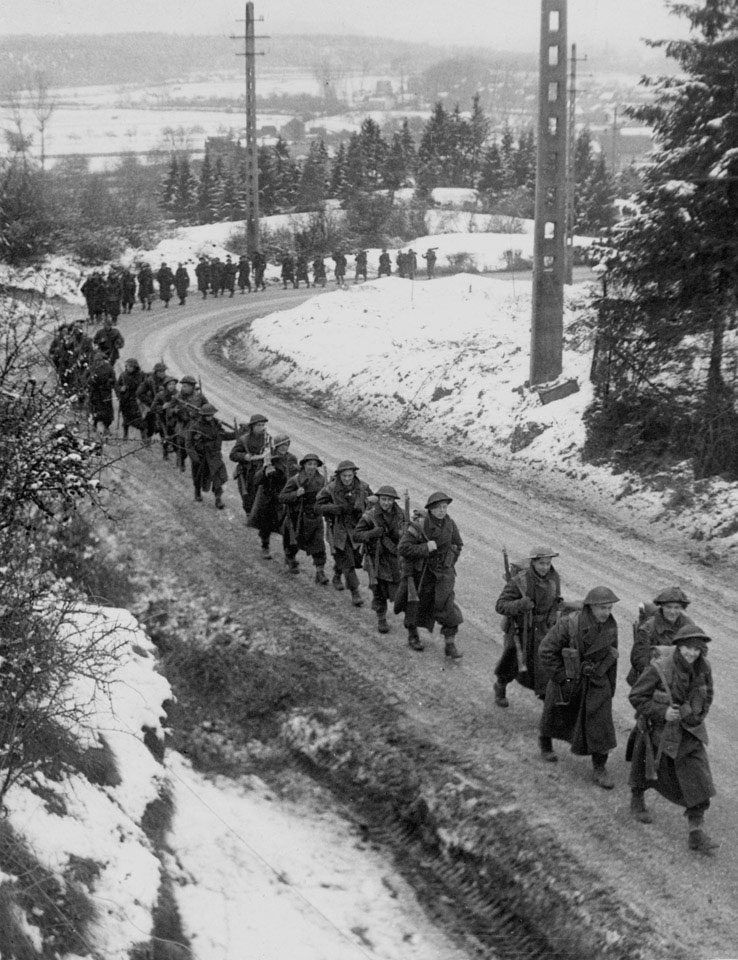 In December 1944 the Germans mounted a surprise attack in the Ardennes. Their assault created the salient that gave the engagement its nickname, 'the Battle of the Bulge'. Few British troops were involved in the fighting although General Montgomery was given command of the northern sector and moved 30 Corps south to guard the River Meuse.