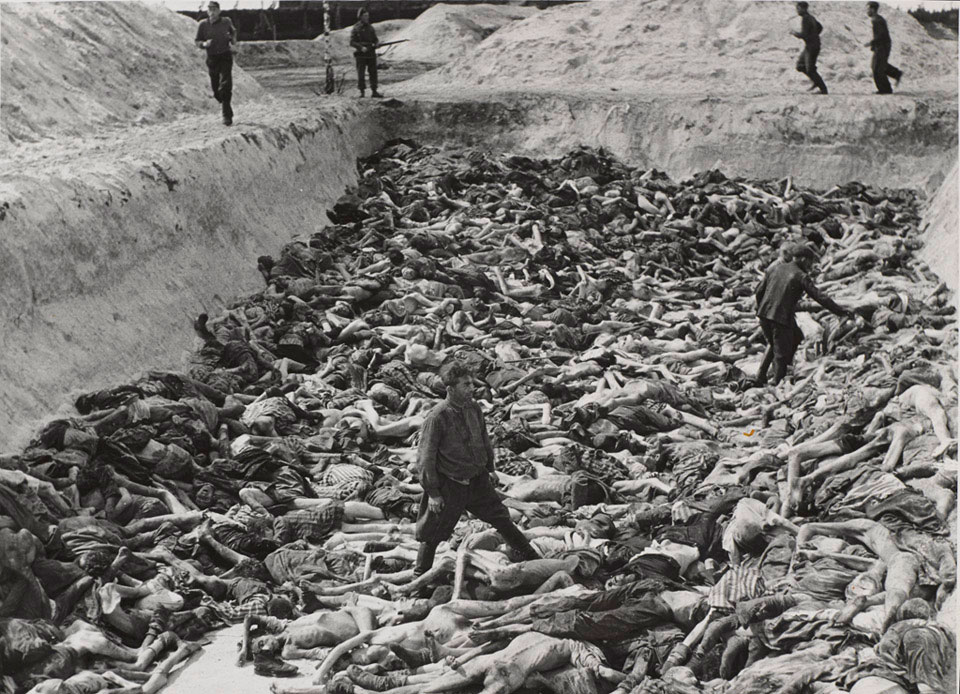 On 15 April, the British 2nd Army reached Bergen-Belsen, near Hanover. Around 60,000 starving people, many suffering from typhus and dysentery, required immediate aid. Despite the best efforts of the medical services, hundreds died in the days after the liberation. British troops made the SS guards collect the bodies of their victims and bury them in mass graves.

An estimated 70,000 Jews, Slavs, political prisoners, homosexuals, Jehovah's witnesses and criminals died at Belsen. After the war, many of the camp staff were tried for war crimes. Those found guilty included Commandant Josef Kramer and camp doctor Fritz Klein who were both sentenced to death and hanged on 13 December 1945.