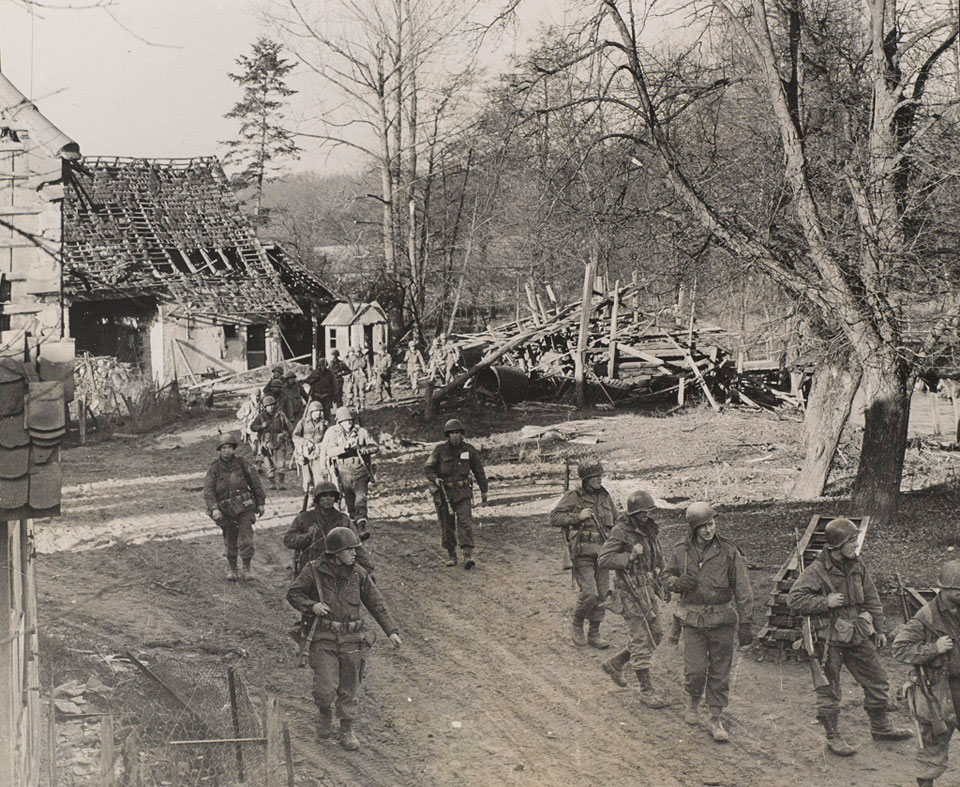 Soldiers of the US 7th Army move through a shell-torn village, 1944

The American 7th Army landed in southern France in August 1944 and then drove the retreating Germans north and then west towards Alsace and the High Vosges. After helping defeat the German offensive during the Battle of the Bulge in December 1944 and January 1945, it advanced into Germany, helping to reduce the Colmar Pocket. After capturing Strasbourg, it advanced into the Saar, assaulted the Siegfried Line, and reached the Rhine in March 1945.