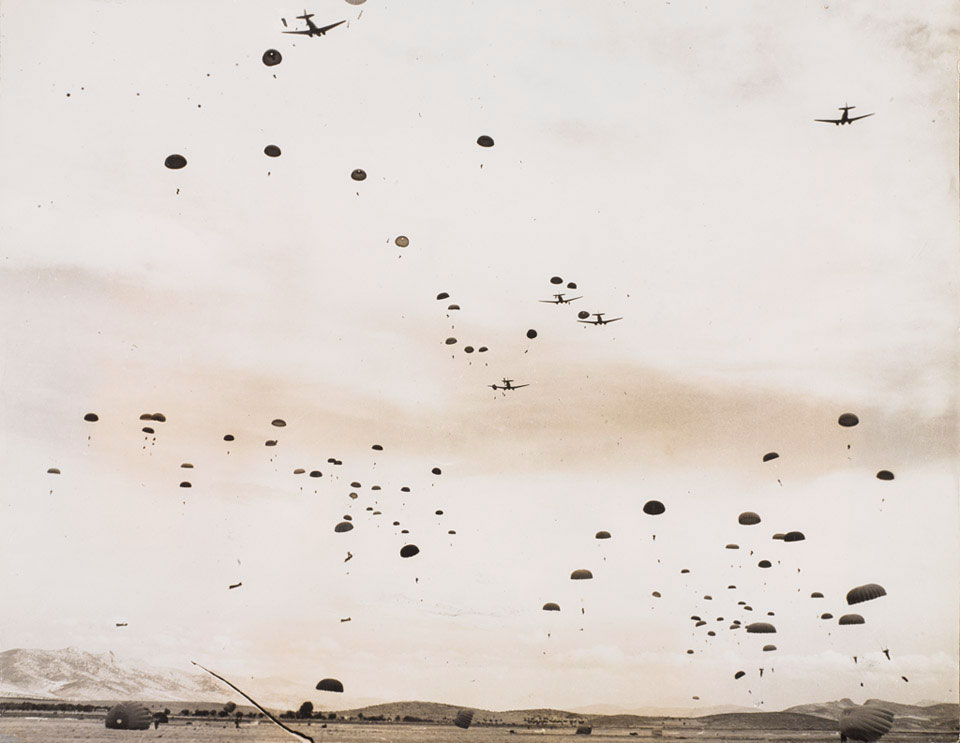 British paratroopers dropping from Dakota aircraft onto an airfield near Athens, 14 October 1944

Allied troops landed in Greece in October 1944, but they saw little fighting as the Germans were already in full retreat. Following the German withdrawal the uneasy truce between the Communist-dominated National Popular Liberation Army (ELAS) and the republican Greek National Democratic Union (EDES) ended and civil war began. The British tried to stay neutral, but they eventually intervened on the side of the EDES-dominated government.