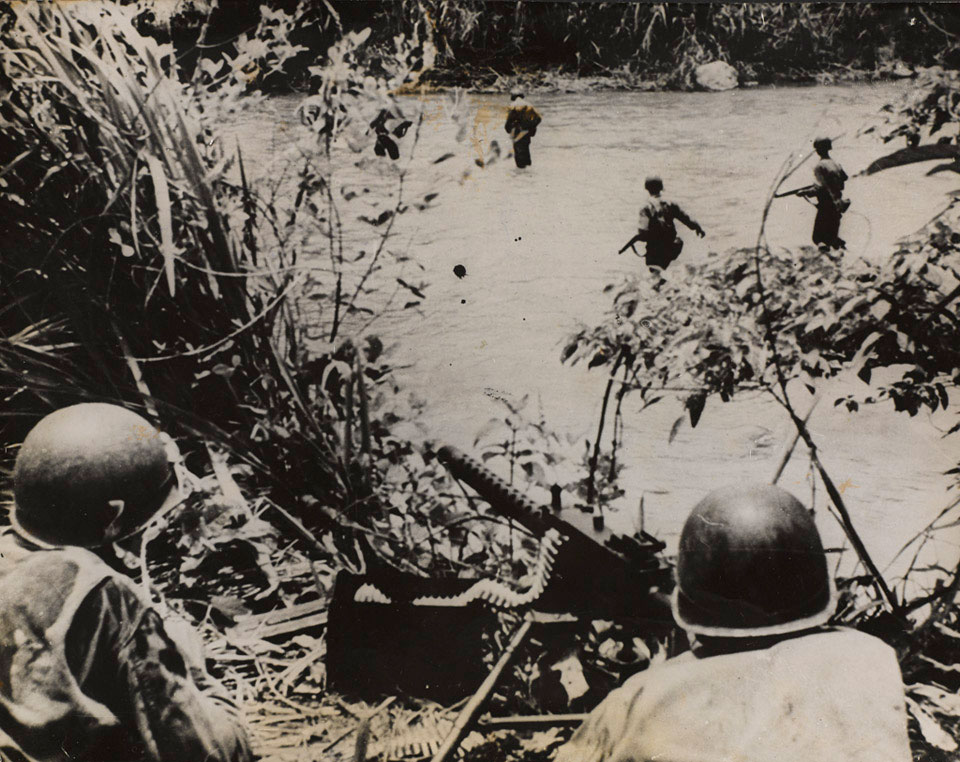 The Japanese landed on New Guinea in January 1942. Their attempt to take the entire island ended with their failure to capture Port Moresby on the south coast. This was after their landing at Milne Bay was repulsed (August-September 1942) and a landward drive against the city was halted in desperate fighting on the mountainous Kokoda Trail (July-November 1942).

Soon afterwards, in January 1943, the Americans and Australians won the Battle of Buna-Gona on the island's northern coast. Their victory destroyed the main Japanese beachheads in New Guinea and came after a gruelling battle of attrition. From then on, the Allies were on the front foot in the campaign.