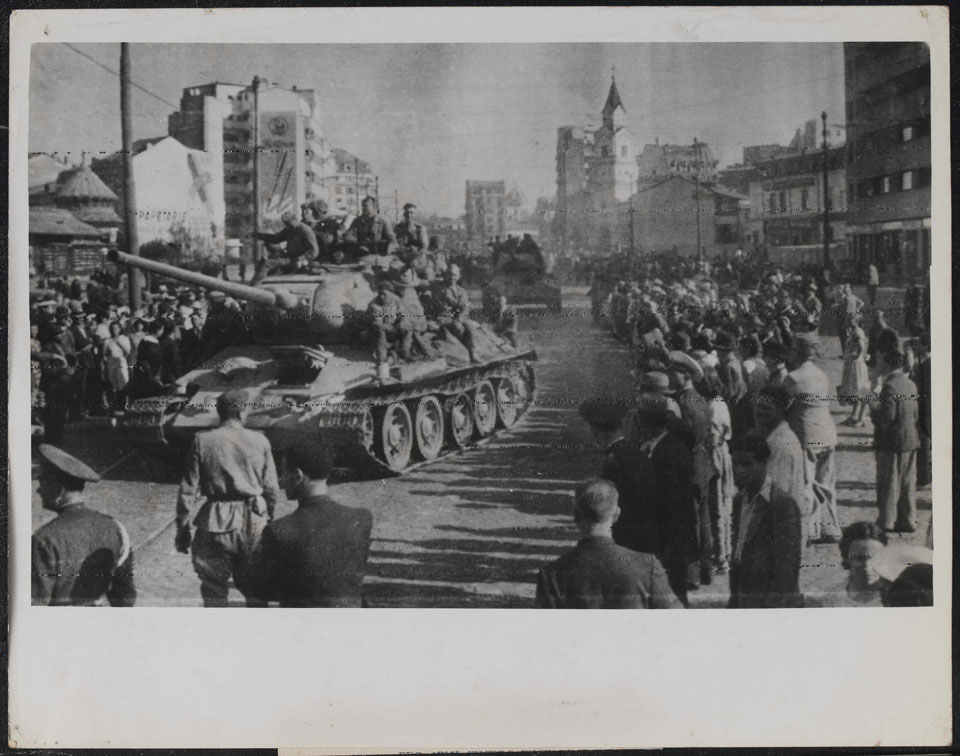 Soviet tanks advancing through the streets of Bucharest, 31 August 1944

The Red Army entered the Romanian capital a week after King Michael had led a coup against the pro-Axis government. By this time much of the country had already been overrun by Soviet forces after their successful offensive against the remnants of Army Group South in Ukraine and Moldavia. Nevertheless, the King's actions probably shortened the campaign and helped open up the way into the Balkans for the Red Army. The Germans and their allies retreated into Hungary.