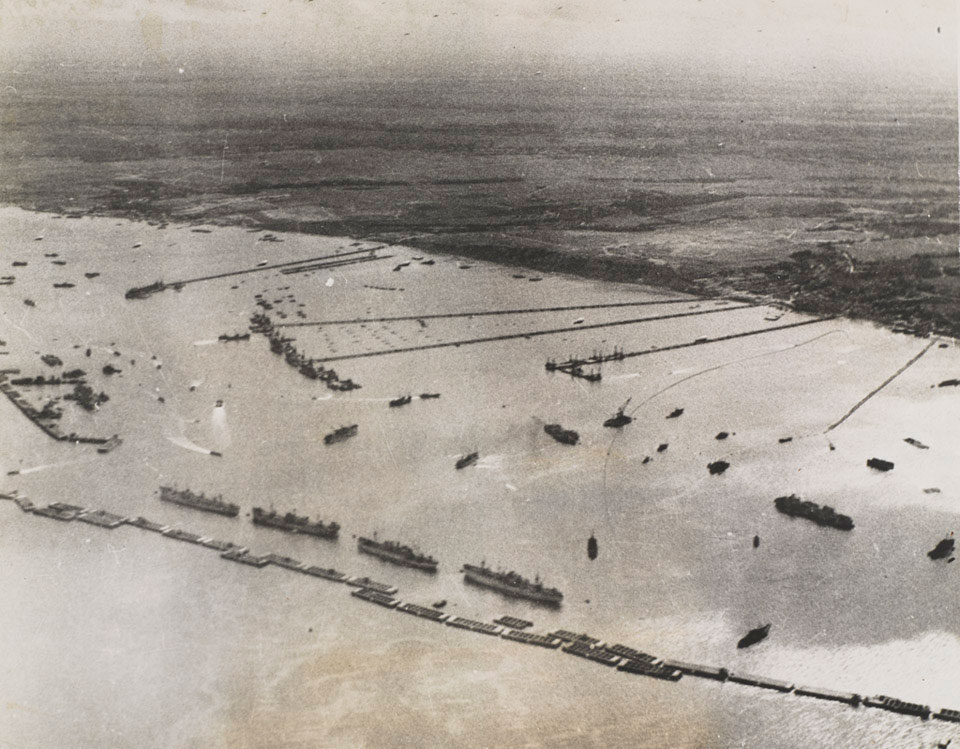 Aerial view of the prefabricated port or 'Mulberry B' at Arromanches, 1944

Until a major port was captured that was able to handle huge amounts of cargo and reinforcements, the Allies relied on two artificial harbours to supply the invasion forces in Normandy. These were built in sections and towed across the Channel for final assembly at the main Allied beachheads. When both were fully operational they were capable of unloading 7,000 tons of vehicles and goods each day.

'Mulberry B' was located on Gold beach at Arromanches for use by British and Canadian forces. Its American counterpart, 'Mulberry A', located at Omaha beach at Saint-Laurent-sur-Mer, was destroyed in a storm on 19-20 June. Sections of it were salvaged to repair the British harbour at Arromanches which remained in service for the next 10 months. During this period 2.5 million men, 500,000 vehicles and four million tons of supplies were unloaded.