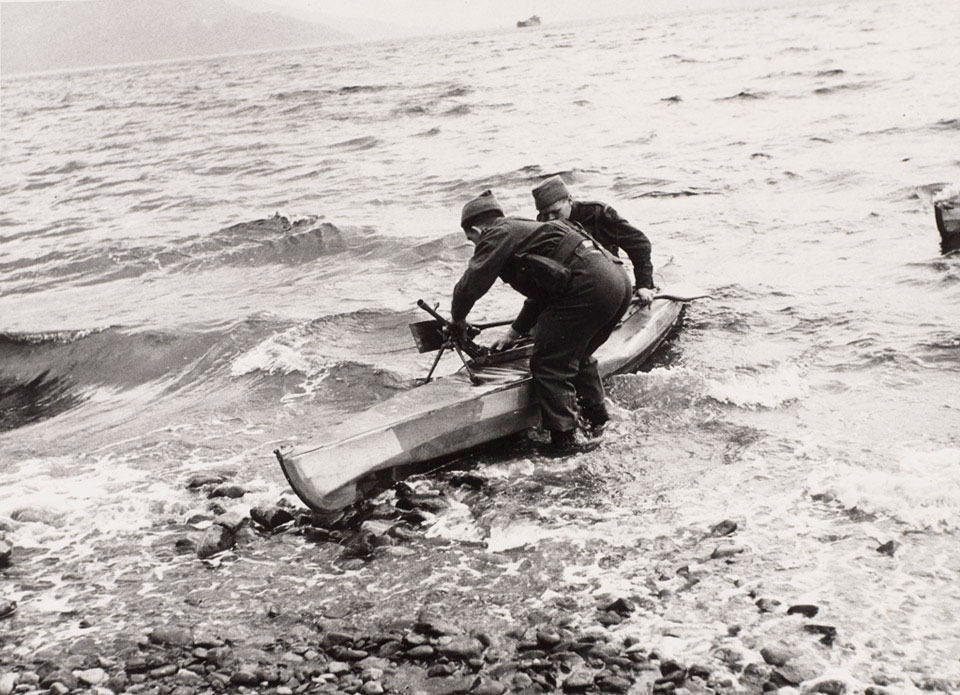 Commandos training with a two-man canoe during landing exercises by Scottish Command, 9 October 1941

During the war the British created a host of canoeing special forces including the Special Boat Section, Special Boat Squadron (SBS), the Royal Marines Boom Patrol Detachment (RMBPD) and Combined Operations Pilotage Parties (COPP). While there was a lot of overlap in terms of what kind of reconnaissance and raids each undertook, as the war went on the various canoe units became more specialized, with the RMBPD focusing on ship attack and harbour sabotage, the Special Boat Section and COPP undertaking beach surveys and the SBS engaging in raiding, sabotage and reconnaissance above the high-water mark.