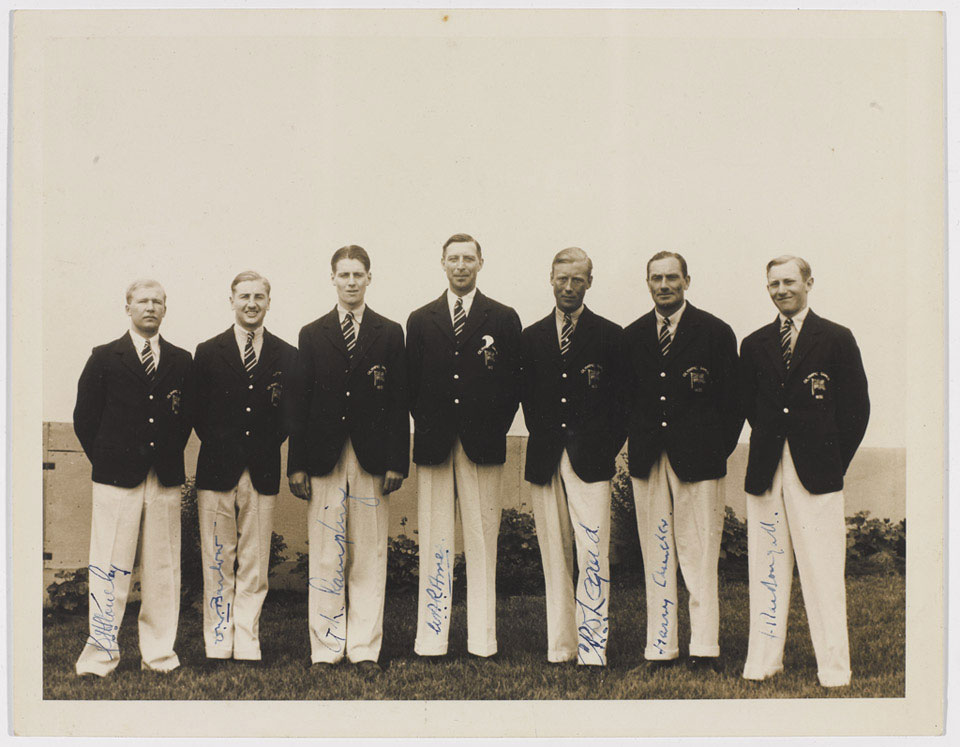 Among the athletes depicted here is Lieutenant-Colonel Godfrey Rampling of the Royal Artillery (3rd from left) who won a silver medal in the 4x400 metres relay at the 1932 Games in Los Angeles and a gold medal in the same event at the 1936 Games in Berlin.