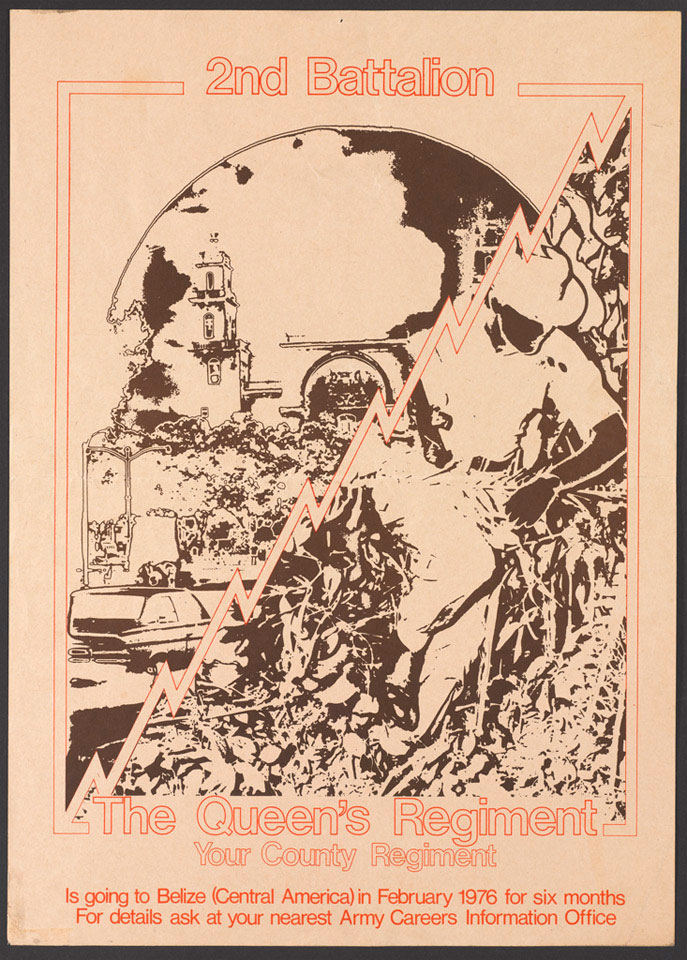 This short-lived infantry unit was established in 1966. It served with the British Army until 1992, when it was merged into The Princess of Wales's Royal Regiment.

As this poster states, in 1976, the regiment's 2nd Battalion deployed to Belize, then a British territory, as part of the garrison protecting it from the perceived threat of war with neighbouring Guatemala.