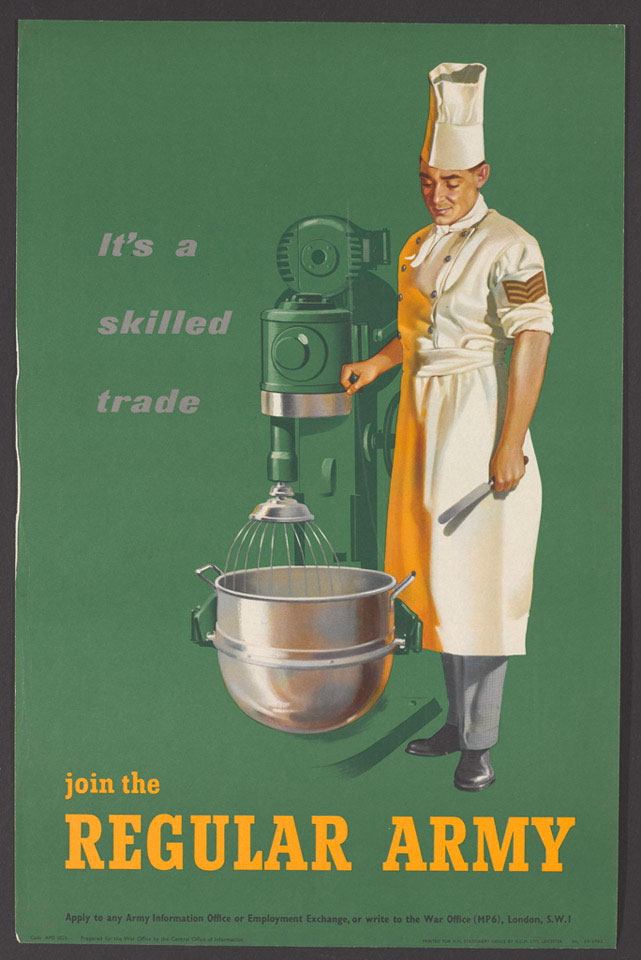 This poster depicts a non-commissioned officer of the Army Catering Corps standing next to a large food mixer.

The Army Catering Corps (ACC) was originally formed in March 1941 as part of the Royal Army Service Corps (RASC), but became a corps in its own right in 1965 under the direction of the Quartermaster General.