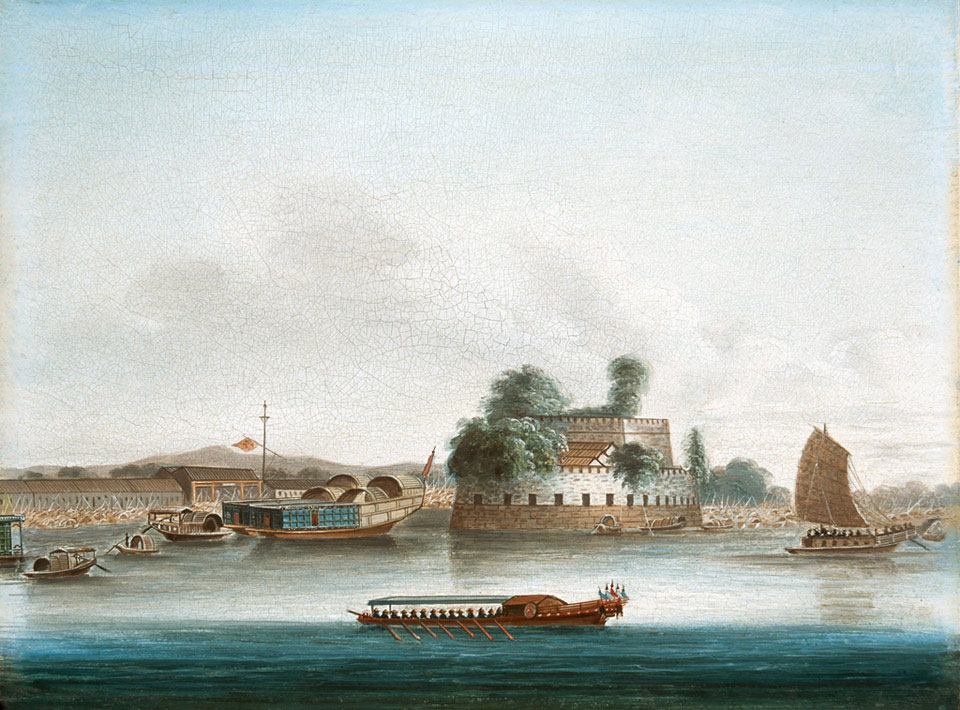 The Canton River, now known as the Zhu Jiang (Pearl) River, links Canton or Guangzhou to Hong Kong and the South China Sea. It remains one of China's most important waterways and the towns along its banks are still centres of world trade. The first Chinese port regularly visited by European traders, Canton effectively defined China for the West for much of the eighteenth and nineteenth centuries. However, until the Treaty of Nanking in 1842, trade was restricted so that British merchants could only deal with Chinese traders licensed by the Chinese Government. The Treaty, which concluded the 1st China War (1839-1842), enabled the British to 'carry on their mercantile transactions with whatever persons they please'.

The cause of the 1st China War, often called the Opium War, has been attributed to the greed of British merchants, but cultural factors and national pride played a central part. The representatives of each country viewed the other as inferior. British officials mortified the Chinese by refusing to kowtow or prostrate themselves before the emperor in accordance with protocol; equally, China's success in stamping out much British opium smuggling was viewed as humiliating. The final spark igniting hostilities came when a Chinaman was murdered in a brawl with British and American sailors. When British authorities failed to indict anyone for the crime, all Britons were expelled to Hong Kong. During the following months, a number of Chinese forts between Canton and Hong Kong, like the one shown here, were the focus of fierce fighting.