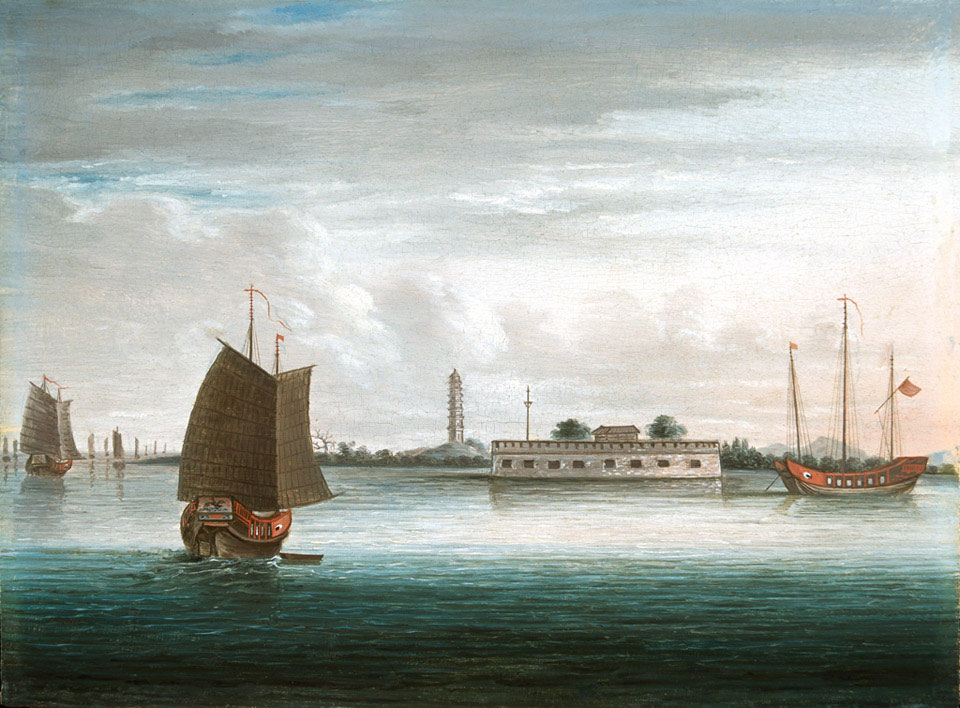 With the growth of trade between Europe and China from the mid-nineteenth century, Western merchants began to commission souvenirs such as local scenes and portraits to take home. This demand was met by a number of Chinese trade artists painting in a Western style. Unfortunately, most of these artists did not sign their works, so identification of individual oeuvres is impossible. Some Chinese export paintings were produced from stock designs painted on an assembly line basis. Many of the compositions were copied directly from European prints. Some were after drawings by Western artists such as William Alexander (1767-1816), official draughtsman to George, Earl Macartney's embassy of 1792-1794, and George Chinnery (1774-1852) who lived in China from 1825 until his death. Chinese artists used prints as sources from which to master unfamiliar Western conventions for picture construction, such as the use of fixed-point perspective and shading.

This painting is typical of the river and marine scenes produced for the export market, with vast expanses of simply rendered water and sky, often with local shipping shown in the background. The Canton (now Zhu Jiang) River in particular, captured the imagination of European visitors, and many such paintings survive. One European, fascinated by what he encountered, was the artist Auguste Borget, who visited the China coast from 1838 to 1839, recording, 'the country is really unlike every other, I found in the landscape an air of strangeness which charmed me'.