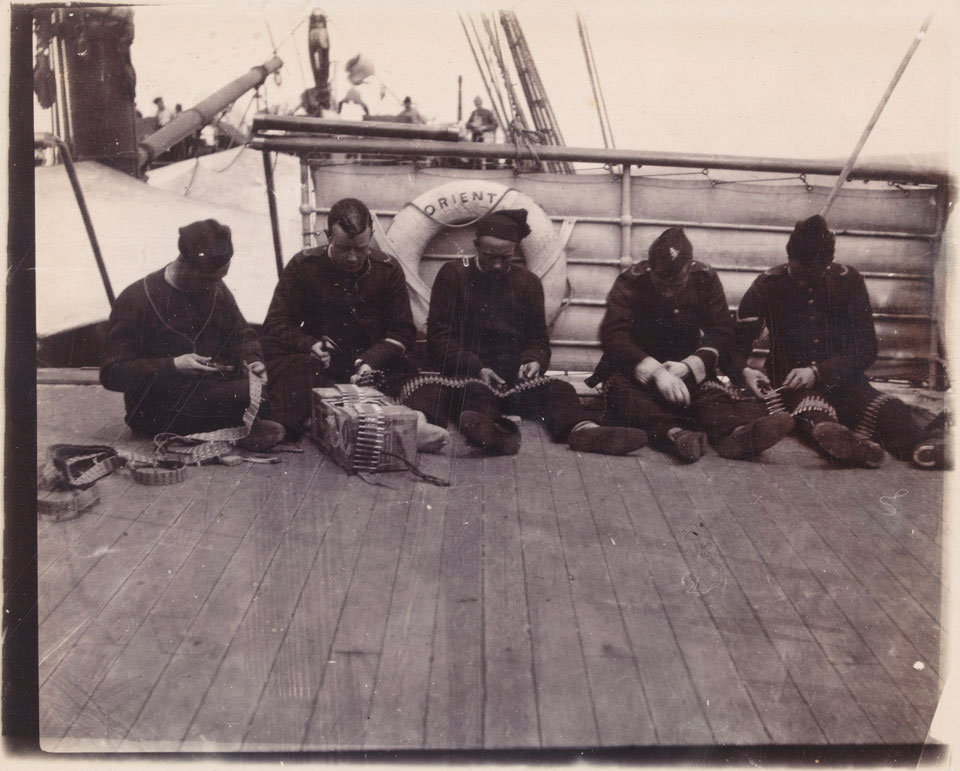 The 1st Battalion Duke of Wellington's (West Riding Regiment) were among units sent to South Africa after initial setbacks in the campaign against the Boers. The battalion sailed on the SS Orient and arrived in Cape Town in January 1900.

From an album of photographs taken by Howard Henry Congreve Dent (1874-1972), a civilian surgeon who served with the South African Field Force during the Boer War (1899-1902).