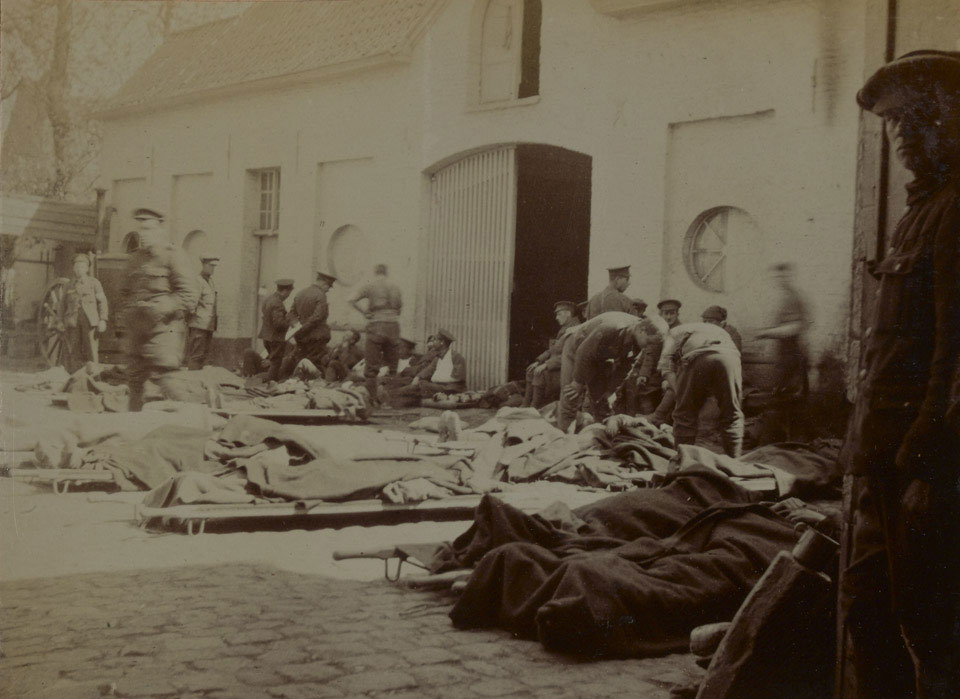 Wounded and gassed from Ypres at the improvised hospital in Bailleul, May 1915