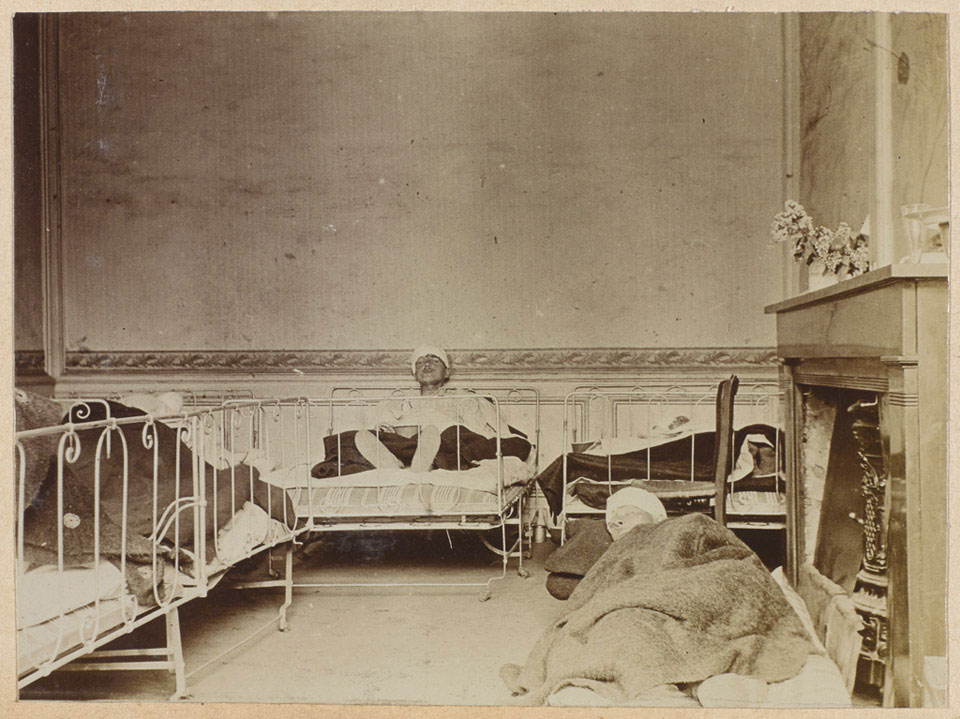 Soldiers in the ward at Bailleul, 1915

The hospital at Bailleul was situated about nine miles from the Ypres Salient. It was staffed by the 1/3rd North Midland Field Ambulance, a unit commanded by Lieutenant-Colonel Dent, a Territorial Force officer.