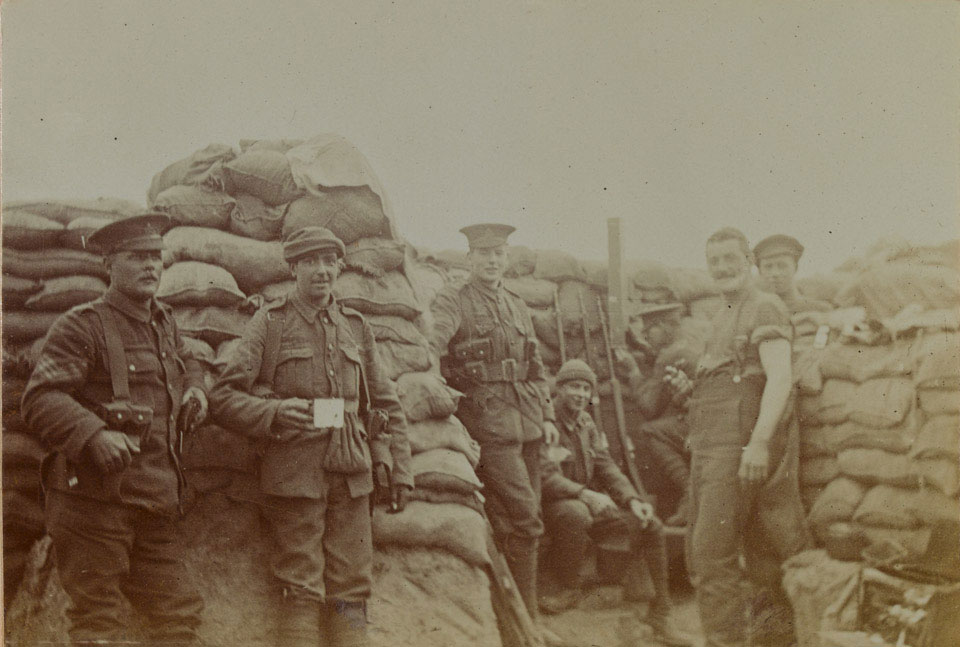 The South Staffordshire Regiment in the trenches at Wulverghem, Belgium, 1915

Both regular battalions of the South Staffordshires served on the Western Front in 1914. The 1st Battalion landed on 6 October 1914 at Zeebrugge and went into the line with the 7th Division. The 2nd Battalion had arrived at Le Harve on 13 August 1914 with the 2nd Division. During March 1915 they were joined by the Territorials of the 1/5th and 1/6th battalions who arrived at the front with the 46th Division.