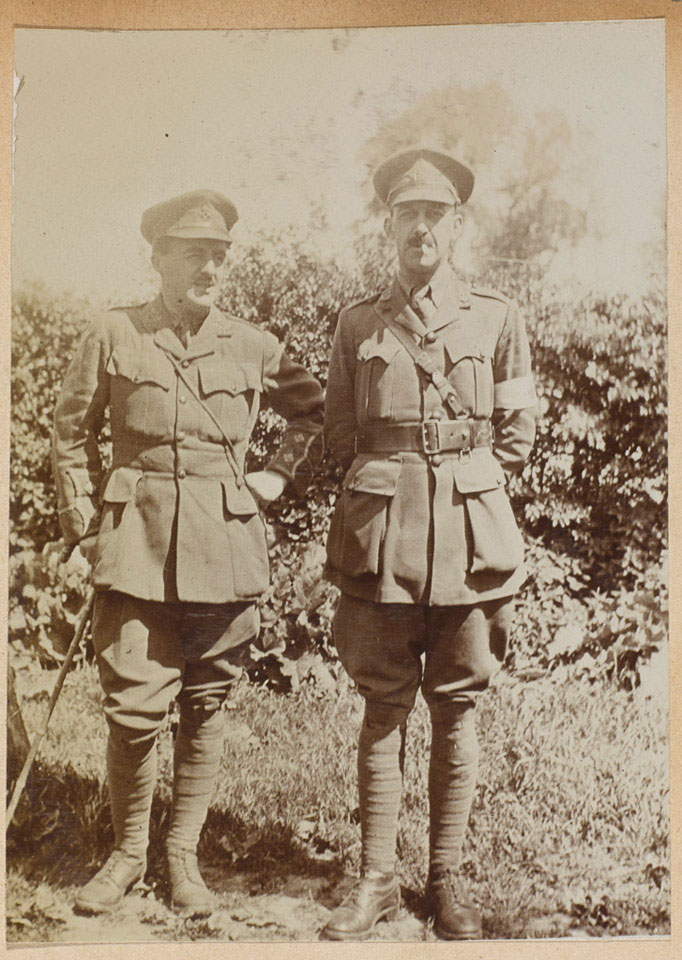 Dent (right) was in command of 1/3rd North Midland Field Ambulance when this photograph was taken. Dent was attached to 46th (North Midland) Division, a Territorial formation that included 1/6th South Staffordshires.