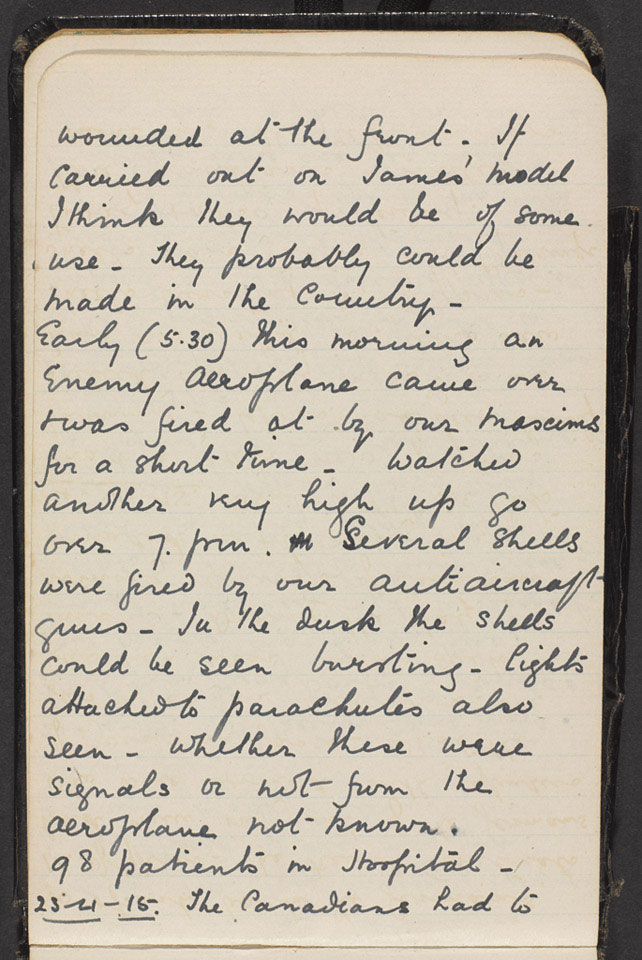 Following mobilisation in August 1914, Dent was given command of 1/3 North Midland Field Ambulance, a Territorial unit that was raised in Wolverhampton. This sailed for Le Havre on 4 March 1915. On arriving in France it moved to the front at Sailly near Armentieres with 46th (North Midland) Division. The diary includes much detail about the treatment of casualties as well as the administration of military hospitals and Casualty Clearing Stations. Dent was one of the first doctors to treat the casualties from the German gas attack at Ypres in April 1915 and his diary provides a detailed discussion of that event.