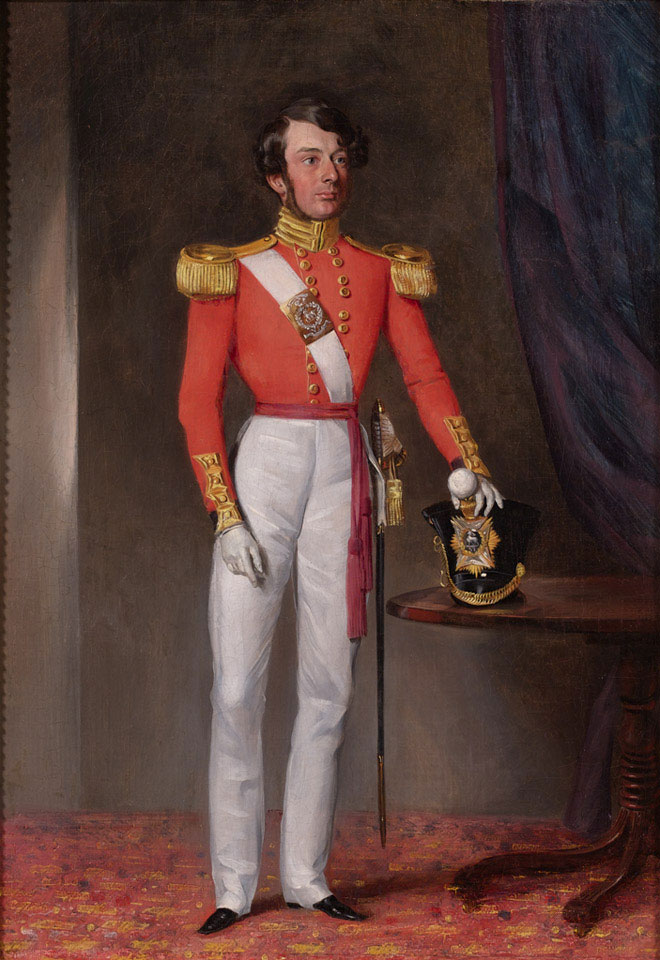 In his short career Daniel Cunliffe produced a number of highly detailed paintings of military subjects. This portrait dates from the period when the 6th Regiment of Foot was stationed in Portsmouth, where Cunliffe lived, after its return from India. Cunliffe's sketchbooks of that year are devoted to studies of the 6th Foot.

The officer in this painting wears the full dress uniform expected at formal occasions, such as a parade, or dinner in the Officers' Mess. This contrasts with another Cunliffe painting in this Museum's collection, of the 6th Foot on manoeuvres, where the officers are wearing plain, dark blue service coats. The Roman numeral 'VI', representing the number 6, is visible on this officer's shoulder-belt plate, and on his shako plate. The shako was the most common form of military headgear during the first half of the 19th century.