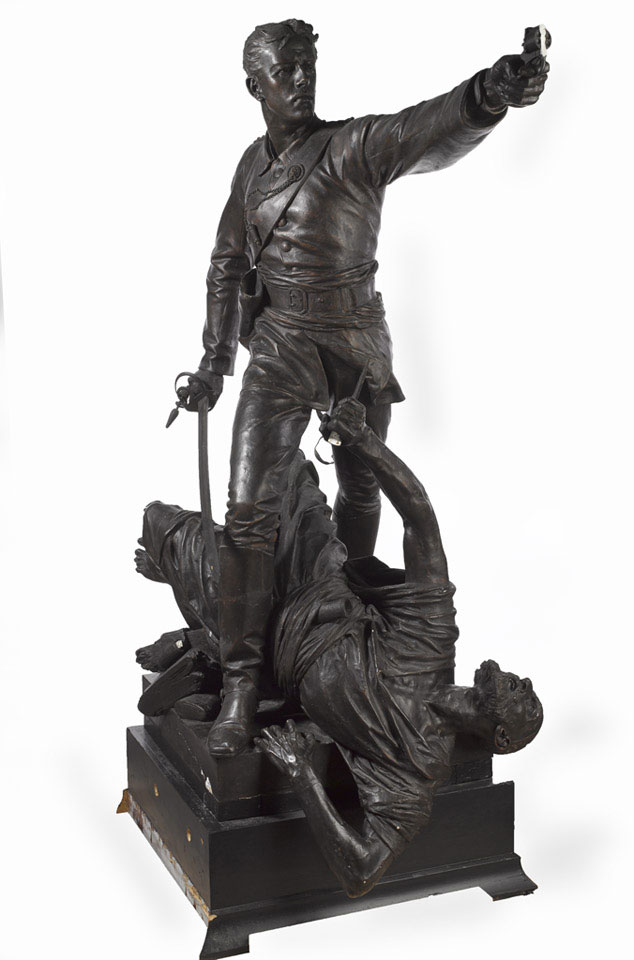 Statue commemorating the defence of the British Embassy, Kabul, by Lieutenant Walter Hamilton and soldiers of the Queen's Own Corps of Guides, 1879

Lieutenant Walter Hamilton of the Queen's Own Corps of Guides won his Victoria Cross (VC) in 1879 during the 2nd Afghan War (1878-1880). At the Battle of Futtehabad on 2 April 1879, he led on his regiment after the death of his commanding officer against superior numbers and rescued Sowar Dowlut Ram, an Indian cavalryman, from the clutches of the enemy.

News of his award had probably not reached him when, six months later, the British Embassy in the Afghan capital Kabul was attacked. Hamilton was in charge of the ambassador's 70-man escort. Virtually everyone was massacred, but Hamilton sold his life dearly, the official report relating 'that at his final charge to silence a gun which he did silence, Lieut. Hamilton fell where he said he would fall, killing on his way to inevitable death three men with his pistol and two with his sword'.