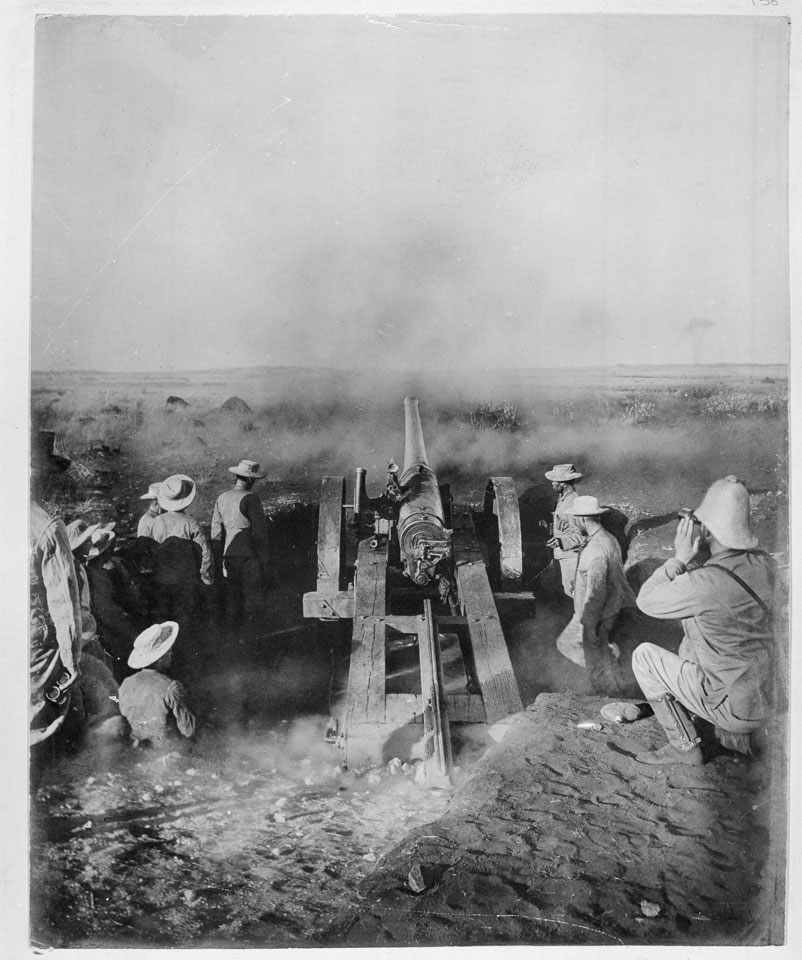 The Royal Navy often took part in land operations to assist the Army. These landing parties were called Naval Brigades. The guns from British warships played an important role during the campaign to relieve the besieged town of Kimberley in the Cape Colony. This image depicts a naval gun in action during the Battle of Modder River. Lieutenant Loch was Divisional signalling officer with the 1st Division of the South African Field Force.

From an album of 142 photographs taken by Lieutenant Hon Edward Douglas Loch, 1899.