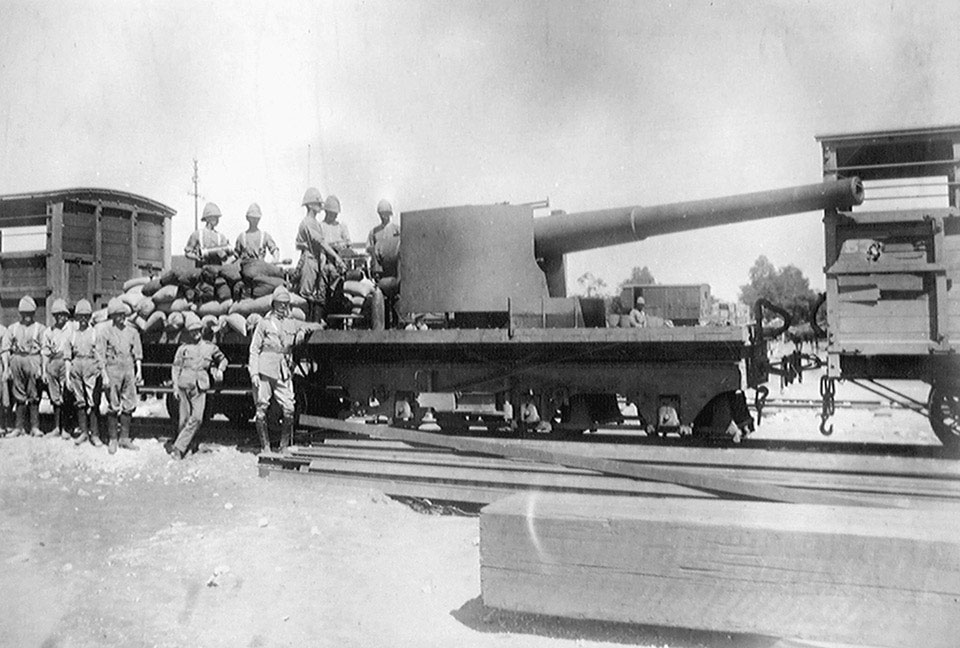 Railways played an important part in the South African war. As well as being used for mobile artillery, they moved troops and supplies across the vast distances of South Africa. They were frequently attacked by the Boers. To counter this threat, armoured trains regularly patrolled the main routes. Searchlights, powered by mobile generators, were also used to light up the railway and facilitate track repairs at night.