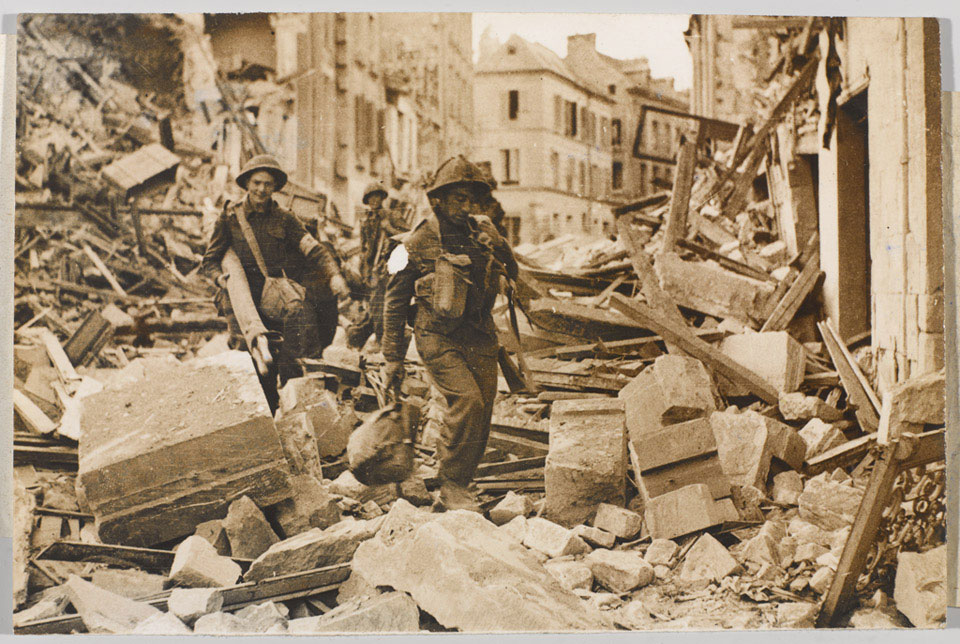 Caen was heavily bombed by the Allies during the Normandy break out battles. It was a vital road junction and situated on two canals which greatly aided the German defenders. The Allies aimed to take the city on D-Day (6 June), but it was not fully under Allied control until 20 July 1944 after a series of bitter attritional battles.