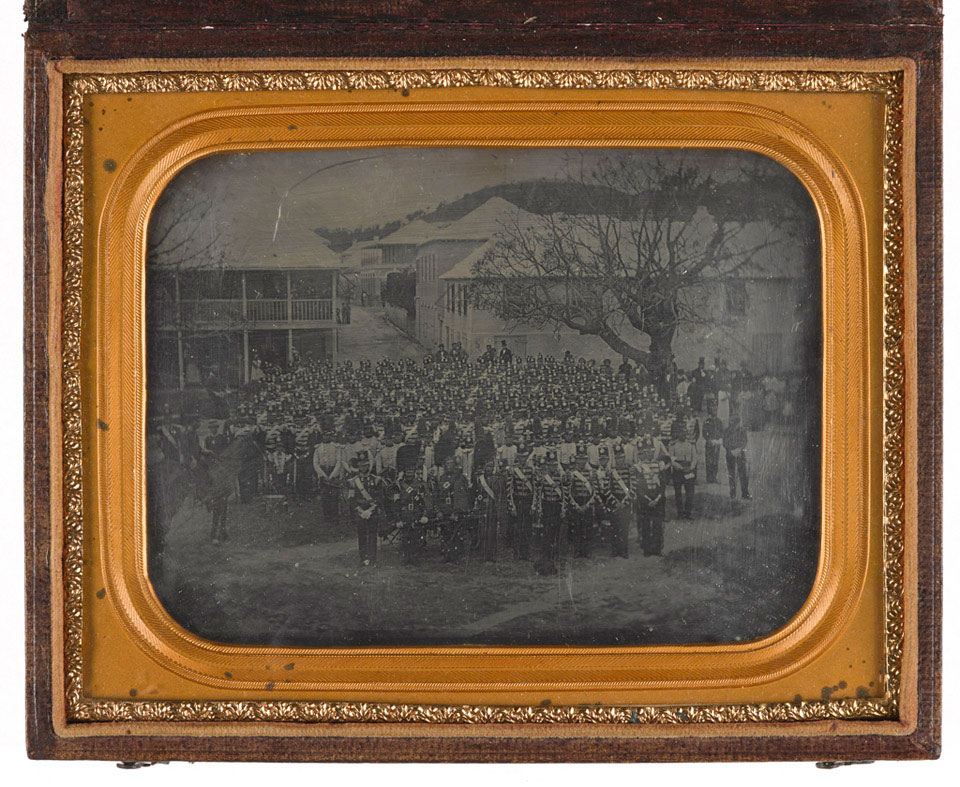 26th (The Cameronians) Regiment of Foot formed up in a colonial station, possibly Gibraltar, 1851 (c)

The 26th garrisoned Gibraltar from 1850 until 1853 when it was sent to Bermuda in the West Indies.

Named after inventor Louis Jacques Mandé Daguerre, Daguerrotypes consisted of images on a silvered copper plate, rather than paper or glass as with photographs. Since the metal plate was vulnerable, most daguerreotypes were housed in a special frame like this example that is inside a folding morocco case. The daguerreotype was invented in 1840 and was the first commercially successful photographic process.