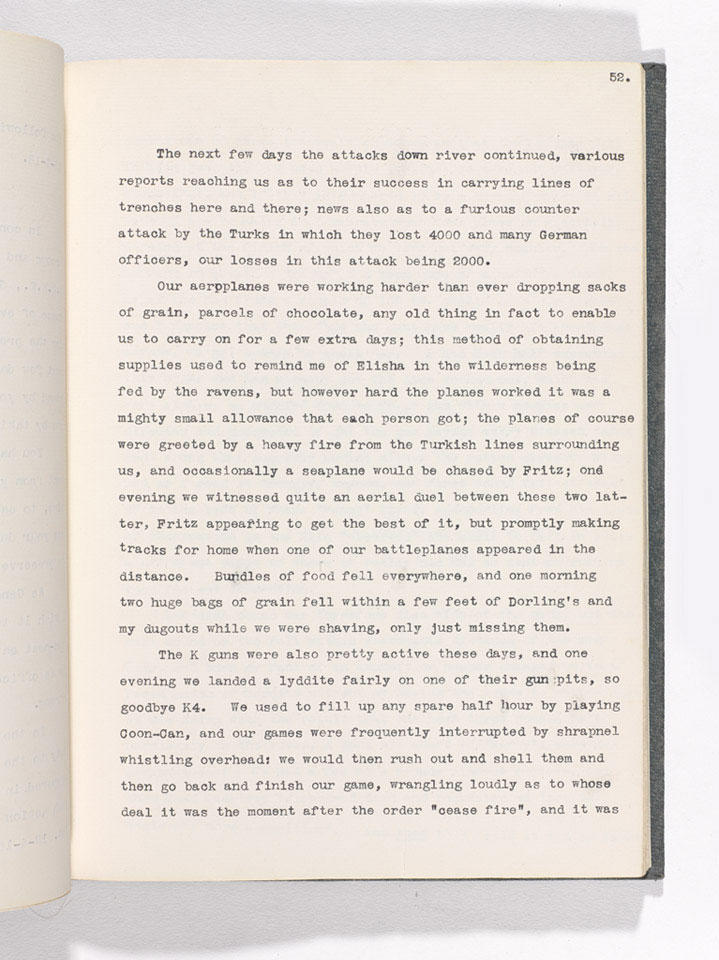 The diary begins with the Siege of Kut, which began on 6 December 1915. Gallup describes how during heavy rains, the force attempting to relieving Gallup's engaged in attacks with the Turks, the quality of the rations deteriorated, and bombing began by a German plane. He noted the weakness of the Indian troops as a result of their refusal to eat horse meat.

After General Sir Fenton Aymler's second attack on 8 March was repulsed, the Turks demanded General Charles Townshend's surrender, which was refused. Gallup notes the steady reduction in rations, the contents of Townshend's comminiques, and the poor tactics of the relieving force. On pages 66-67, there are statistical tables of the strength of the garrison.

At the end of the volume there are extracts from two doctor's reports on the appalling conditions of many Indian and British troops, and eight extracts from evidence given by soldiers describing their experiences during their journeys to captivity.