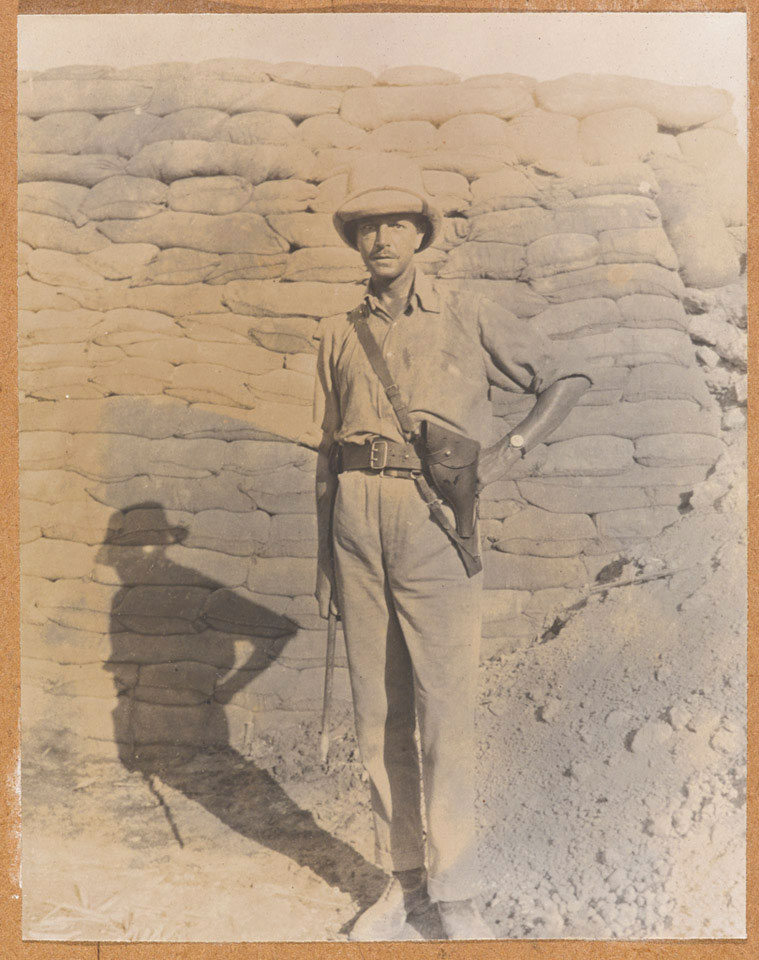 Gallup was commissioned as a second lieutenant in the Territorial Force on 28 August 1914 and served in India and Mesopotamia with 1/ 5th Hampshire Howitzer Battery.

He fought in the Battle of Shaiba in April 1915 and took part in the advance towards Baghdad, including the Battle of Es Sinn and capture of Kut in September. Gallup was subsequently a prisoner of war in Turkey after capture at Kut in April 1916.

From an album of 210 photographs compiled by Lieutenantt Henry Curtis Gallup.