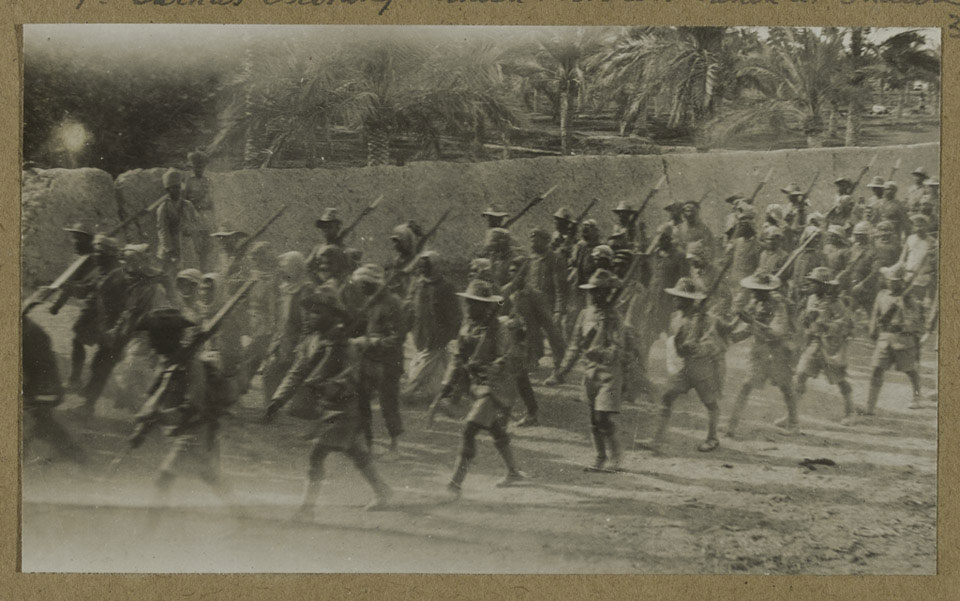 The British victory at Shaiba (12-14 April 1915) saw Major-General Charles Mellis's British-Indian defensive lines thwart an Ottoman attempt to re-take Basra. The Turks sustained around 2,400 casualties and the British around 1,000.

From an album of 210 photographs compiled by Lieutenant Henry Curtis Gallup during service with the 5th Hampshire Howitzer Battery (TF) in Mesopotamia in 1915.