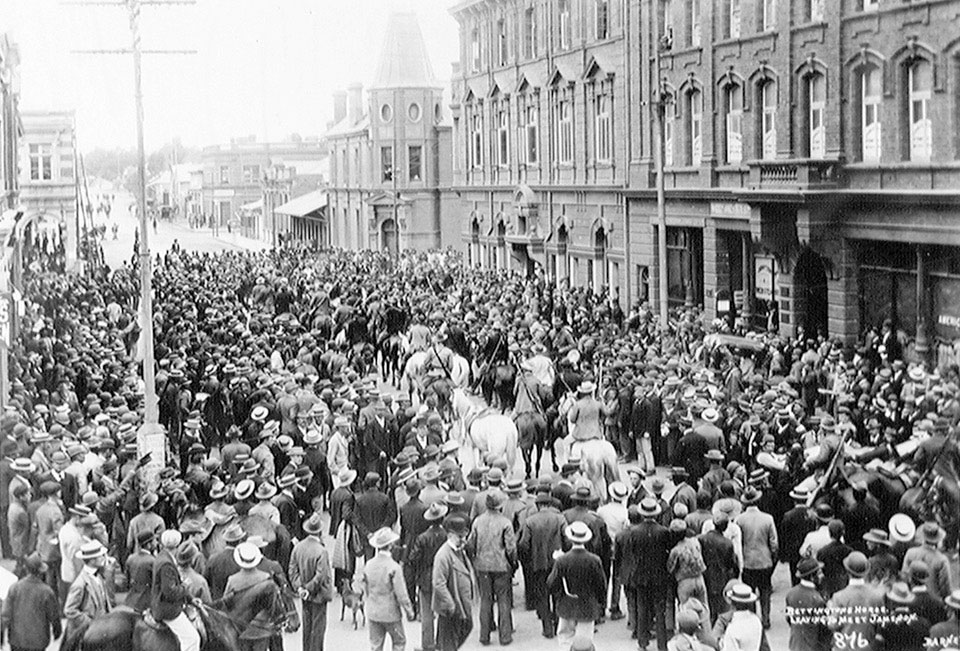 Mounted men with rifles slung over their shoulders depart for the Jameson Raid. The latter was led by Dr Leander Starr Jameson and his Rhodesian and Bechuanaland policemen over the New Year weekend of 1895-1896. The operation was intended to trigger an uprising by the primarily British expatriate workers (known as Uitlanders) in the gold-rich Transvaal and increase the possibility of the Boer republic being integrated into Britain's South African possessions.

But the raid failed and was a humiliation for Britain and the supporters of imperial confederation. It also led to a further deterioration of the already strained relationship between the British and Boer governments, contributing to the outbreak of the Boer War (1899-1902).