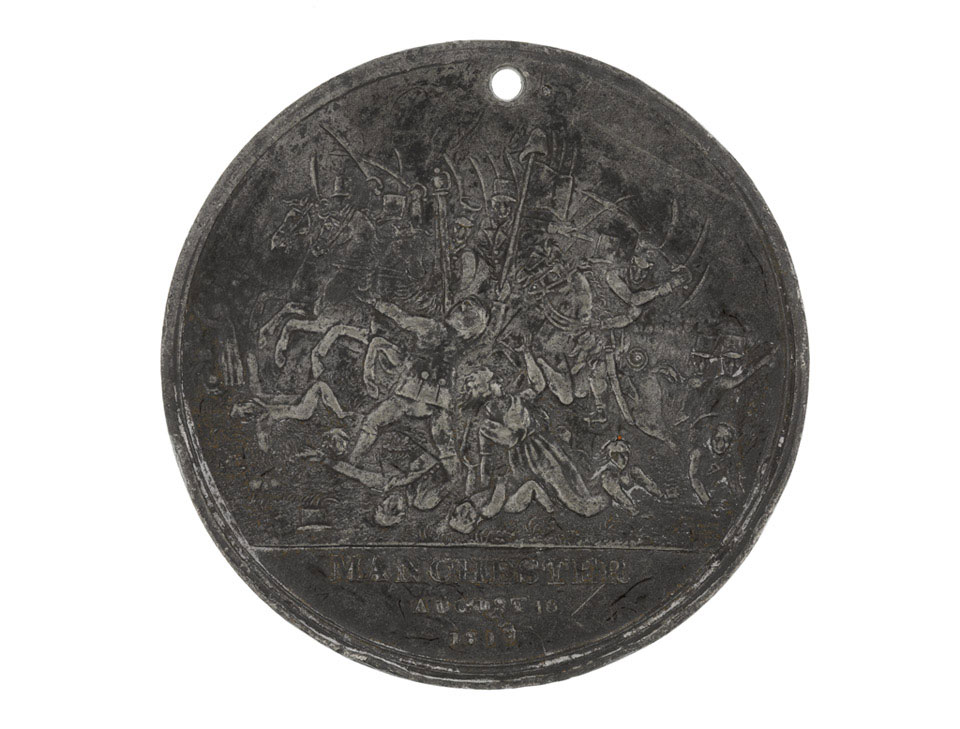 On 16 August 1819 a meeting was held at St Peter's Field in Manchester. It had been organised by the Manchester Patriotic Union Society, a political group calling for parliamentary reform and the repeal of the Corn Laws. Local magistrates were concerned that the meeting would end in a riot or rebellion. They arranged for the Army to be on hand.

The 600 troops present included men of the 15th (The King's) Regiment of (Light) Dragoons (Hussars), the Cheshire Yeomanry, the Manchester and Salford Yeomanry, a unit of the Royal Horse Artillery and the local militia. At least 60,000 people attended. All was peaceful until the magistrates attempted to end the meeting.

After the Riot Act was read the Yeomanry and Hussars tried to arrest the speakers, cutting their way through the crowd with sabres. Eleven people were killed and over 400, including women and children, were injured. Many people were trampled by the cavalry's horses. The events were reported in the press. The 'Manchester Observer' coined the phrase 'Peterloo Massacre' to describe the event in ironic reference to the Battle of Waterloo in 1815.