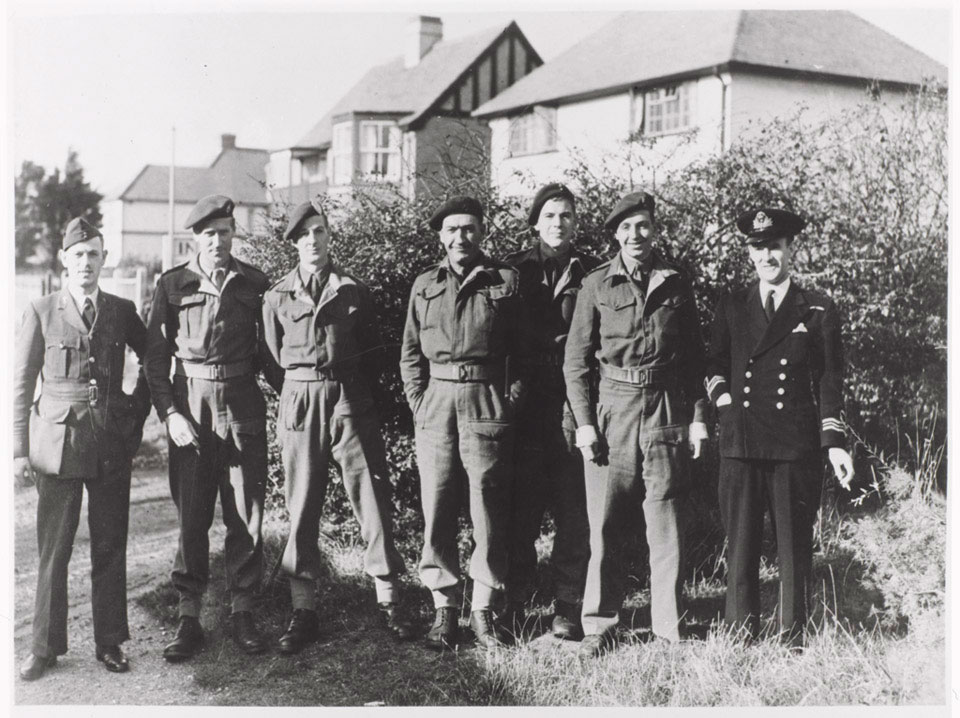 Members of No. 2 Special Boat Section at the Osborne View Hotel, used as an unofficial mess, Hillhead, Hampshire, 1943

The Special Boat Section was formed in July 1940 by commando officer Captain Roger Courtney. His unit used folding canoes in a number of small-scale raids against railways, port facilities and airfields in Scandinavia and the Mediterranean.

Special Boat Section teams, made up of volunteers from across the three services, also carried out beach reconnaissance missions, including ones for the cancelled invasion of Rhodes (1941) and the Operation Torch (1942), Salerno (1943) and Anzio (1944) landings in North Africa and Italy.